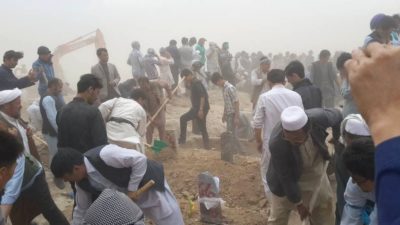 A suicide bomber detonated his belt targeting a peaceful demonstration in Kabul on Saturday, July 23rd, killing 80 and injured a further 231.

The 311 killed and injured were mostly members of the ethnic Hazara community, who are predominantly Shia Muslims, who had been marching to demand the rerouting of a power line through the impoverished province of Bamiyan.

A further two potential bombers failed to detonate when one bombers belt failed and another was killed by security forces before they could detonate their explosives.

A day of mourning was declared yesterday for the victims of the attack as memorials and funerals took place.

The attack was claimed by ISIS, a mostly Sunni terrorist group who consider Shia Muslims apostates. It was the most lethal attack by the group recorded in Afghanistan. It was also one worst IED attacks perpetrated in Afghanistan and demonstrates the increasing lethality of IEDs, particularly suicide bombs, in the country. 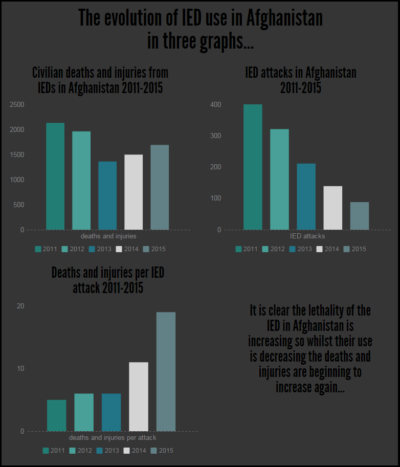 AOAV has highlighted the myriad of harms caused by IEDs, including death, injury, mental health injury and harm to the economies of affected areas. In September 2014, we brought together a group of experts for a roundtable at Chatham House, concluding that the next steps which must be taken in addressing IED harm are the following:

Such action to address the impacts of IEDs must be taken. The continuing use of IEDs globally, and the harm caused by incidents including the suicide bombing in Afghanistan, must be tackled.

AOAV condemns Saturday’s attack in Afghanistan, and calls for states and international organisations to work collaboratively to generate greater awareness of the number of civilians killed and injured each year by IEDs, and encourage a greater stigma from political, religious and social leaders on the use of IEDs. AOAV strongly condemns the use of violence against civilians and calls upon all groups to reject the deliberate targeting of civilians. States must urgently address the threat of suicide bombings and other forms of IED attacks.