The pistol, sometimes referred to as a handgun, is a small firearm designed so it can be held in one hand and without shouldering the gun. A pistol has a chamber integral to the barrel, making it different to a handgun such as a revolver.

The Beretta M9 is a 9mm semi-automatic Parabellum pistol. It has officially been in use in the US since 1990, though it originates from the Beretta arms manufacturer in Italy. The Beretta 9mm is a short recoil, single-action/double-action pistol, which uses a 15-round staggered box magazine.

The Beretta M9 has increasingly been relied upon by the US throughout the last decade, particularly in conflict zones. 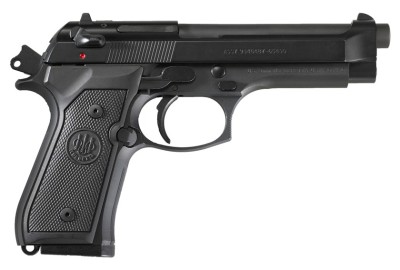 This is a variant of the Beretta M9 and a further modification of the Model 92. It was introduced in the late 1980s.

The modifications included those that would prevent over-travel of the slide, due to the danger presented to the user if the slide failed. It is now common throughout the US military.

Otherwise known as the SIG Sauer P226; this 9mm Parabellum pistol was introduced in the early 1980s, based on the previous P220. It was developed as a replacement to the Colt M1911A1 in the US Ar 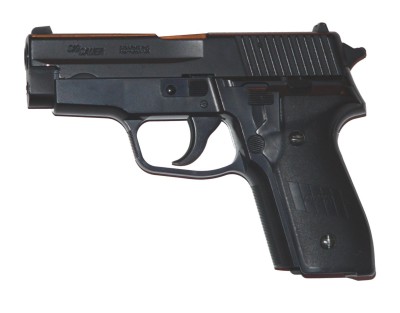 my. It is a short recoil, single-action/double-action pistol similar to the M9 and again uses a 15-round staggered box magazine.

The SW9VE is a variant of the Smith and Weston Sigma that was created in 1994. It is available in both a .40 S&W cartridge and 9×19mm Parabellum. It is one of the first pistols purpose-designed to handle the .40 S&W.

The SW9VE weighs 24 1/2 ounces and has a barrel length of 4 inches.  As part of the VE series, the models that were considered enhanced, they featured an improved grip, improved trigger, and enlarged ejection port.