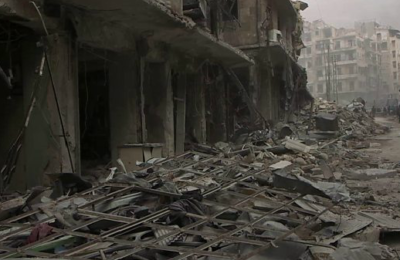 On Tuesday, December 8th 2016, at least 53 civilians were killed in regime shelling in Aleppo. 200 were also reported to be injured.

The recent efforts by the Syrian regime has seen them retake about 75% of eastern Aleppo. Many civilians have been killed in this process, most of them as they flee the violence.

Only last Wednesday, November 30th, were 45 civilians killed by regime shelling as they tried to leave the areas under attack. Most killed were women and children.

Air strikes have also continued to kill civilians in Aleppo as well as in Idlib.

For more information on the impact of explosive weapon use in populated areas, please read our report Wide Area Impact.