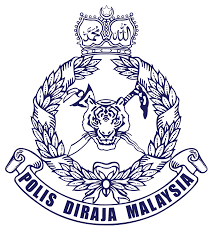 The Royal Malaysian Police Bomb Data Centre, is managed by the Armaments Division of the Police Logistic Department. The centre provides almost real-time data on bomb incidents and threats.  This can also assist other neighbouring countries in the ASEAN region facing terrorist threats through the information sharing which the centre engages in.

The officers in the in the Royal Malaysian Police Bomb Data Center will spend years in training for armament and bomb disposal.

They will specialise in neutralising old landmines and UXO, due to high prevalence across Malaysia during the latter half of the 20th Century, improvised explosive devices (IEDs) and post-blast investigations.

The officers are said to get approximately 30 calls a month, for which they engage in field work to counter the explosive device. The officers are therefore experienced in practical counter-explosive skills and safety.  Though these predominantly deal with UXO, a few of these 30 a month involve IEDs and hence C-IED measures.

Operation safety is increased through the use of equipment such as, the use of robots and disruptors to remotely neutralise bombs, as well as special bombs suits.

IN a report in 2014 the officers were said to have performed over 3,500 sweeps nationwide and successfully sniffed out and destroyed 800 explosive devices since 2011.

Robots have been donated by the UK.

The centre also conducts research. For example, a project alongside the Universiti Malaya aims to develop better robotics as safer measures for bomb disposal and the center additionally hoped to create an a way to dispose of obsolete and damaged amunition, or armaments that were used as evidence in completed court proceedings.

The Centre also participates in training events which feature international as well as local experts.