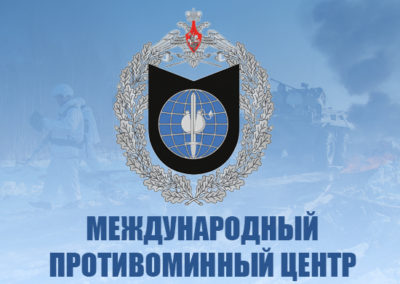 The Russian Armed Forces developed an International Mine Action Centre in response to the increasing warfare, in which munitions and other explosives are left behind after conflicts, which poses a danger to civilians and countries returning to a normal way of life.

The members of the International Mine Action Centre go through thorough training at the centres fully equipped training centre in Nakhabino, Moscow.

The Russian Armed Forces have deployed at least to units from the International Mine Action Centre to Syria to combat the UXO and IEDs left behind by groups such as ISIS, once Syrian and Russian forces have pushed them out.

Russian mine disposal experts from the Russian Armed forces International Mine Action Centre have been responsible for detecting and defusing explosive devices that had been planted in Palmyra, Syria. During this mission at least 120 explosive devices were rendered safe and 1.1 kilometres of roads were cleared of explosive devices.