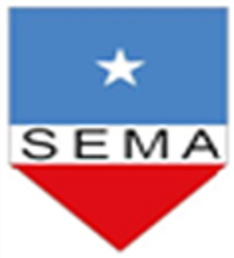 Though SEMA was created in 2013 to replace the Somalia National Mina Action Authority in south-central Somalia it is still not assumed all responsibilities under its mandate. Soon after its creation it was hoped that SEMA would coordinate the work of international and local actors within the region.

SEMA has received support from other nations such as funding and training. UNMAS too has assisted SEMA. To strengthen SEMA capacity the Norwegian People’s Aid (NPA) and the Geneva International Centre for Humanitarian Demining (GICHD) has also tried to step in.

2015 saw the creation of the ‘Badbaado Plan’. This outlined the government’s approach to explosive hazard management – highlighting the financial support required. SEMA will be implementing this plan throughout 2016. Explosive management focuses predominantly on EOD, clearance and survey, as well as IED defeat and risk education.