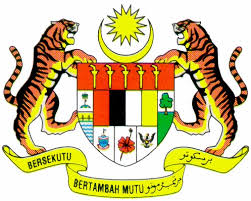 SEARCCT was introduced in 2003 by the then Malaysian Minister of Foreign Affairs (the Honourable Tan Sri Syed Hamid Albar).

SEARCCT was created to serve as a leading centre in Southeast Asia in training and enhancing the capacity of enforcement, security and government officials on counter-terrorism issues. SEARCCT works in collaboration with established think-tank institutions and international organisations.

Over the years SEARCCT has provided various training courses, seminars, workshops, conferences, and forums to discuss and disseminate information in regard to countering terrorism.

SEARCCT’s main areas of work are:

One of the main focus areas is CBRNE and Crisis Management.

In regard to C-IED work, they have run awareness workshops focusing on IEDs and the danger they pose in the Malaysia and in the Southeast Asia region in general. They have also run yearly workshops on Improvised Explosive Device Disposal (IEDD). These are generally focused on police personnel but also military and NGOs.

Other training events include those focused on CBRNE and appear to generally be aimed at first responders.

These events have been targeted at police forces, particularly bomb disposal units and other security personnel.

SEARCCT also conduct research and release publications on their website.