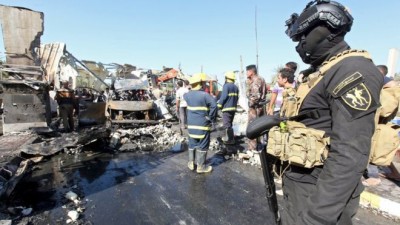 Another day, another bloodbath for the people of Iraq. On Saturday (5th of March, 2016) at least 47 people were killed and ‘dozens’ more injured when a suicide bomber detonated a fuel truck bomb at a security checkpoint in Hillah, south of Baghdad.

ISIS quickly claimed responsibility for the attack, which some sources said injured as many as 70 people.

Hillah is the capital of Babil (Babylon) province, which despite continuous violence in neighbouring Baghdad and Anbar has remained largely peaceful. The city has a Shi’i majority who ISIS consider to be heretics. The last major attack in Hilla was a double car bombing in August 2014.

This new and worrisome intensity with which ISIS is launching suicide attacks in populated areas suggests that they may be shifting emphasis to a more traditional terror-based suicide strategy after military reverses in northern Iraq and Syria.

AOAV calls upon all actors in the Iraq conflict to end the deliberate targeting of civilians and the use of explosive weapons in populated areas. Previous research by AOAV has shown the importance of controlling precursor materials to preventing IED attacks of all kinds, including suicide bombings. Other recent research by Conflict Armament Research has demonstrated some of the convoluted paths by which western-manufactured IED components find their way to ISIS in Iraq and Syria. AOAV calls upon states and producers to review, as a matter of urgency, the possibilities of controlling these components. Without adequate components, the potential lethality of an IED can be severely reduced, and with it the likely civilian harm.