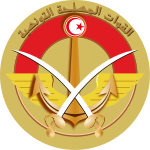 The Tunisian forces have received training in CIED from the UK military in response to the increasing terrorist activities that have been seen in Tunisia and throughout that region, particularly given the IED threat posed by ISIS/Daesh. It is hoped that the training will allow the capabilities of the Tunisian Security Forces to match modern international standards.

The Tunisian Security Forces have an EOD School, which currently offers 14 different specialist course for EOD and CIED.

Separately training has been offered by the UK to the Tunisia National Guard Commando by the UK to help tackle internal and external threats.

Since the terror attack in Sousse in 2015, the Tunisia Security Forces with the help of its allies have managed to significantly improve all aspects of the Tunisian counter-terrorism efforts and have thwarted many further attacks in the country.

They have also received military aid from the US and help with training. Equipment has been provided by both the UK and the US for counter-terrorism operations. This equipment includes shields, helmets and bullet proof vests.