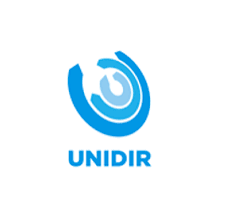 Both publications highlight the link between the use of explosive weapons and the harm to civilians, in the immediate sense as well as in the long term effects this has, such as on hunger, health and education. It is the long-term – or tertiary – effects that the reports are primarily concerned with.

The reports cite AOAV’s research into explosive weapons use, such as from our Explosive Violence Monitor reports and the wide-area impact reports and case studies. Since 2011 AOAV has been monitoring the impacts of explosive weapons around the world. These are weapons that affect an area with blast, heat and fragmentation, and include both manufactured ordnance like mortars and rockets, as well as improvised explosive devices (IEDs).

AOAV’s data, recorded from the reporting of English-language news sources, is intended as an indicator of the patterns of harm and use in recent years. Pattern that are of increasing concern to the UNIDIR.

The second report looks for a way forward to better understand the reverberating effects of explosive weapons use in populated areas. What the authors find most “striking” is that there is currently “no systematic monitoring of damage to infrastructure from explosive weapons use.”

With this concern, the report calls on actors to improve information exchange between those already involved in explosive weapons discourse as well as those with significant knowledge of the reverberating effects not yet engaged. It is hoped that this will lead to better documentation of the reverberating effects of explosive weapon use in populated areas and the inclusion of areas not currently addressed. The authors also suggest developing a “unifying framework and common indicators on reverberating effects that are understood and used by the different entities involved in the grim business of documenting the harm caused by the use of explosive weapons in populated areas”. They suggest a working group may be the best way to address these issues.