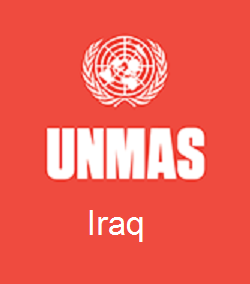 UNMAS deployed to Iraq in June 2015 in response to the scale of the explosive threat that was emerging in the country due to the use of IEDs and large amount of UXO and ERW thanks to ISIS/Daesh.

They plan on performing IED clearance and further developing national CIED capacities, particularly in the areas of defeat, mitigation and clearance. This work will also involve aiding Iraq in their national IED threat mitigation policies and procedures.

This profile is part of AOAV’s investigation into counter-IED (C-IED) actors around the globe. To see the list of all C-IED actors recorded by AOAV, see here. To see those engaged in the Middle East, the Sahel, North Africa or other highly impacted countries please see here, here, here, and here respectively. This research was made possible by funding from the NATO Counter Improvised Explosive Devices Centre of Excellence (C-IED COE) and the Norwegian Government. To read the full report, ‘Addressing the threat posed by IEDs: National, Regional and Global Initiatives’, see here.