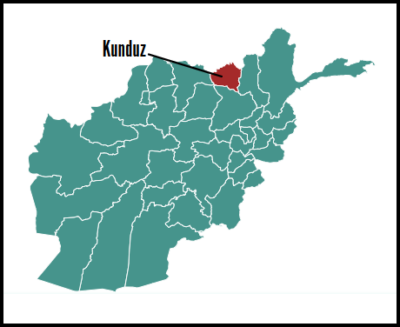 A US air strike in Kunduz, Afghanistan, killed 30 civilians and injured at least another 25 on Thursday, November 3rd.

The strikes were conducted in support of US and Afghan forces whilst they attack Taliban fighters in the region.

Most of the casualties are said to be woman and children, and many civilians in the area report the death and injury toll to be higher.

The strikes sparked angry civilian protests due to the high loss of civilian life.

Afghanistan is one of the worst impacted countries from explosive violence. Although most is launched by non-state actors through the use of IEDs, state perpetrators have also caused civilian harm.

Over the last five years, 2011-2015, more than 700 civilians have been killed or injured by air-launched explosives in Afghanistan.

Only last October, did a US air strike hit the Doctors Without Borders (MSF) hospital in Kunduz, killing and injuring almost 80 civilians, including doctors and patients, and destroying the hospital.

AOAV strongly condemns the use of violence against civilians and calls upon all groups to reject the deliberate targeting of civilians. The use of weapons with wide-area impacts should also remain of concern; due to the severe impact these have on civilians. All actors must urgently address the civilian harm caused by the use of such weapons in populated areas.