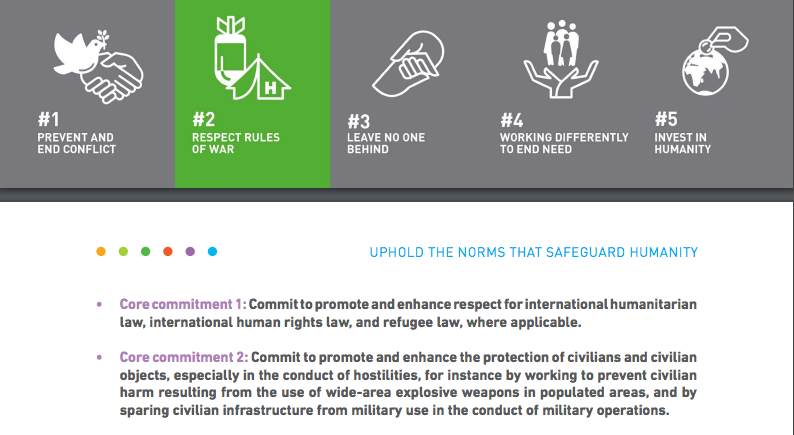 “Core commitment 2: Commit to promote and enhance the protection of civilians and civilian objects, especially in the conduct of hostilities, for instance by working to prevent civilian harm resulting from the use of wide-area explosive weapons in populated areas, and by sparing civilian infrastructure from military use in the conduct of military operations.”

The forthcoming – and highly influential – World Humanitarian Summit have just published their list of core commitments under their focus ‘Uphold The Norms That Safeguard Humanity’.

The second commitment is one that speaks directly to the core of AOAV’s research and advocacy efforts – working ‘to prevent civilian harm resulting from the use of wide-area explosive weapons in populated areas.’

This precise wording reflects the terrible truth that – consistently – when explosive weapons with wide area effects are used in populated areas over 90% of those killed or injured are civilians.

AOAV applauds this commitment and hopes that more states will speak out against the use of explosive weapons in populated areas, for when such weapons are used in such places the victims will invariably be civilians.