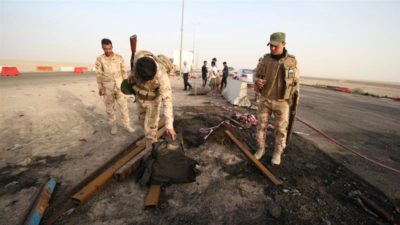 Suicide attacks across Basra and Baghdad killed more than 50 and injured almost 30 more on Friday, May 19th 2017.

In Basra, at least 33 were killed in blasts that targeted two checkpoints, Rumeila and al-Sadra.

Two more attacks killed 19 and wounded 25 in Baghdad when a suicide car bomber detonated explosives at a checkpoint, whilst another detonated about 100 metres away.

Both attacks were claimed by Islamic State.

On average, 38 civilians were killed and injured by each suicide bombing – two more than in 2015, when the average was 36.