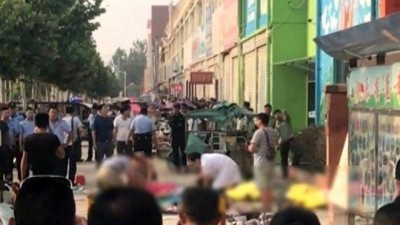 Yesterday, June 15th 2017, a bomb blast in front of a kindergarten in Xuzhou, in eastern China, killed eight people and injured 65.

Whilst the blast took place outside the kindergarten, the teachers and students were currently in class and were therefore not harmed.

The casualties are reported to be relatives, including other children, waiting to pick up the students once classes had ended.

The suspected bomber perished in the attack. Police are said to have found bomb making material in the 22-year-old male suspect’s home.

Schools were a frequent target for attacks in 2010, when 20 children were killed. This led to the government increasing security at schools, such as the use of guards and barriers. Last year, a knife attack outside a primary school in China, injured seven students.

Like the suspect of yesterday’s incident, the perpetrators of these attacks are said by authorities to be mentally ill.

AOAV has recorded 25 IED attacks in China over the last six years (2011-2016). These have caused 496 civilian deaths and injuries. The vast majority of these incidents were perpetrated by individuals not reported as affiliated with any group.

AOAV strongly condemns the use of violence against civilians and the use of explosive weapons in populated areas. All states must urgently address the threat of IEDs. The international community should address IED use and seek to implement effective preventative measures to decrease their harm.