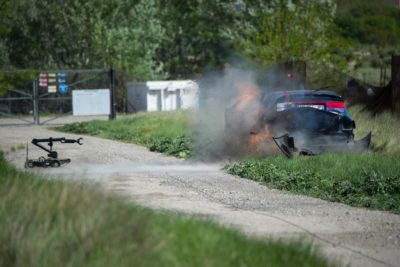 IEDs are used more prolifically – and with greater harm – than many other explosive weapons, for which international law has already been well established. For instance, the rights of victims of land mines and cluster munitions are framed in two international ratified conventions.

For many victims of IEDs though, there is no such easily-framed legal redress. And yet the harm wrought by IEDs is so great, that similar governance has arguably never been more needed. Far more civilians are maimed by IEDs than killed, meaning thousands of civilians require long-term medical help and rehabilitation.

The following report provides a brief outline of where the law stands with regard to IED victim assistance.  The annex to this report offers two examples of best practice in the provision of medical and financial aid to those civilians caught up in their deadly blast.

These areas establish the need for reparations to a victim if their rights have been violated through unlawful means, including the unlawful use of weapons in general.  Many of these areas have relevance for the specific use of IEDs, both during conflict and in peacetime.

In legal terms, victim assistance is known as ‘reparations’ and their legal purpose is to wipe out the effect of any wrongdoing imposed.

Reparations come in three forms: restitution (returning the victim to a state prior to the incident), indemnity (compensation for financially assessable losses) and satisfaction. The following are the key considerations under the law.

WHO IS A VICTIM?

Victims of IEDs are those who have ‘physical, emotional, mental, economic or other impediments that have impinged on fundamental human rights’.

International law does not only recognise victims as those who are directly involved in an incident. It acknowledges indirect victims who have suffered because of a loss of employment, or other impediments suffered by the direct victim. For instance, the dependents of those who have either died or whose livelihoods have been affected from the physical or psychological injury sustained by a victim of a suicide bomb blast. Indirect victims include those collectively affected, such as a community or group of people and may even include organisations or institutions, if they have incurred property damage for instance.

These definitions are included in the following guidelines:

There are a number of treaties that refer to victims of specific types of attack, for instance, mine victims, or victims at the hands of cluster munitions. However, the principle of non-discrimination that is embedded within international law dictates that state parties should not: ‘discriminate against or among mine victims, or between mine survivors and other persons with disabilities, and to ensure that differences in treatment should only be based on medical, rehabilitative, psychological or socioeconomic needs of the victims.’

Such text is not only embedded within existing disarmament treaties, but are established principles of international human rights law.

This principle of non-discrimination extends further to acknowledge that women, children and those with disabilities are particularly vulnerable, and specific mention is provided within the following instruments to provide them with special protection as well as to include both age and gender sensitive assistance. These are found in:

To different degrees, the network of laws pertaining to victim assistance (international, human rights, criminal and humanitarian) often places the perpetrator as both responsible and liable for remedies, including for the unlawful use of weapons.

This legal position is more straightforward where the state, or person within the state apparatus, has been found guilty of the unlawful use of an IED. Such liability can even extend to inadequate precautions being taken to protect civilians from a known threat.

The complication, though, lies in gaining reparations from non-state actors where an unlawful act is being committed. In the case of IED attacks, the majority of cases are such.

The principle of reparations has been present in international law since 1907.

Study attributes liability to the state and non-state actors in both national and international conflicts.

‘Framework principles for securing the human rights of victims of terrorism’. Emmerson’s position is that terrorist acts amount to a violation of the human rights of the victims, irrespective of the question of direct or indirect state responsibility.

WHAT DOES VICTIM ASSISTANCE ENTAIL?

Reparations are best viewed through the prism of three legal forms:

Restitution would see the victim returned to the situation existing before the attack. It is acknowledged that this often cannot be achieved in the case of an IED attack. Victims of IED attacks will typically experience physical and psychological injuries, damages to property and loss of earnings. Rehabilitation however, can go some way in trying to return those things lost. 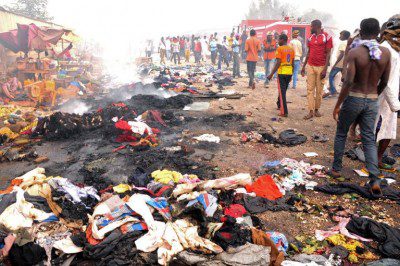 Rehabilitation includes the provision of medical services, employment and vocational programmes, as well as social inclusion. It is laid out in the following legal instruments:

In the case of IED attacks, rehabilitation is not something that requires specific laws implemented at the national level.

A report by the UN Office on Disarmament Affairs, ‘Assisting Landmine and other ERW Survivors in the Context of Disarmament, Disability and Development’, looks at victim assistance specifically at the hands of explosive remnants of war, which can include landmines, cluster munitions and other victim triggered IEDs. It iterates that rehabilitation would take part within the existing healthcare and social service systems, rehabilitation programmes and legislative and policy frameworks. To this end the role of all types of actors become relevant – international, NGOs and in particular state departments/ministries, which often need to co-ordinate more effectively to make any victim response effective.

The key components involved in victim assistance are therefore:

Such requirements of the state fall within the following international law.

The third form of reparations includes satisfaction. This includes assurances to the victim of it not happening again and access to justice. This is enshrined in the following body of law:

Specific weapons such as anti-personnel landmines, cluster munitions and other explosive remnants of war are considered victim triggered IEDs. Those disarmament treaties covering these weapons arguably cover the effects of all IEDs as well, and there are a number of provisions within them that calls for victim assistance/ reparations for victims, at the hands of such weapons.

There is congruence amongst the three disarmament conventions about who constitutes a victim, and all three iterate the need for rehabilitation as well as age and gender sensitive victim assistance packages

« There is no treaty on IEDs »

However, it has been argued that the disarmament treaties redress mechanisms are limited and so claims for compensation from IEDs would not often occur through these.

There is no treaty on IEDs and the only resolution governing IEDs does not yet tackle the need for reparations for victims of IED attacks.

« Many developed nations have set up compensation schemes »

Many developed nations have set up compensation schemes to this end, schemes that are triggered when a terrorist attack has either taken place on their soil or if a national of their country was involved in a terror attack. However, there remains the subjective question as to what degree of redress should be received by victims.

Unfortunately, quantitative guidelines do not exist, but it seems reasonable to expect reparations to offer financial remedy for some of the more pressing consequences of the attack, such as loss of livelihood.

A comparison of compensation packages in some high profile IED scenarios will highlight both best practice, and where there are still inconsistencies and inadequacies in victim assistance. This paper hopes that the case studies in Annex 1 and Annex 2 of this paper show that making a compensation scheme part of public policy in combating IEDs will ensure that such schemes are systematically and fairly administered and go some way towards offering the best recourse for victims.

The framework of international legal instruments that codifies the human rights of victims is comprehensive. At the same time, it is piecemeal and spans different frameworks of law. This means that their rights are quite clearly enshrined but enforcement mechanisms can be weak, without specific instruments governing the remedies that victims are entitled to. These mechanisms exist with certain types of victims but victims of IED attacks or armed violence are not specifically addressed except in the form of guidelines.

This means that application of their rights can be inconsistent and prevent adequate access to services and ultimately access to justice, if there is no recognition that their rights have been violated. This applies to direct victims but even more so to indirect victims which the two case studies illustrate.

Victim assistance for victims of IED attacks need therefore to be drafted within a new legal instrument that specifically addresses the harm by IED attacks in peace time and the victim assistance required from such an attack. This would obligate signatories to implement measures that work for the victim.

Presently, domestic application of national legislation is relied upon, which could be further enhanced to take into account special assistance needed after major IED attacks and deal with the major shortfalls experienced, as illustrated by the two case studies – see Case study 1 and Case study 2.

The very nature of IED attacks is that they are spontaneous, occasional and send deep shock waves to local services that even resource rich countries are constantly striving to deal with. They provide however, a benchmark of response for all countries. A specific international instrument addressing the rights of victims in IED attacks, will enable the implementation of this benchmark and encourage capacity building to do so.

This report is part of a series on IEDs and their impact. If you found this article interesting, you might also wish to read: The Consequences of Poor Storage of Ammunition Stockpiles and IED usage