Today, June 22nd 2017, a car bomb was detonated outside a bank in Lashkar Gah, the capital of Helmand Province, Afghanistan. The blast killed at least 29 people waiting to collect their monthly salaries at the New Kabul Bank, ahead of the upcoming holiday of Eid al-Fitr. 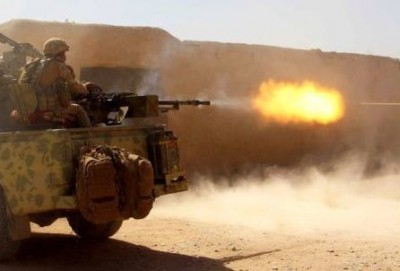 Though security personnel are amongst the casualties, most are said to be civilians. At least 60 people were also wounded.

Initially it was reported that gunmen also charged into the bank after the explosion, though others have now reported that this was instead security personnel responding to the attack.

No group has yet claimed responsibility for the blast but the Taliban is suspected to have perpetrated the attack, given their involvement in previous attacks in the region.

Afghanistan has suffered a series of deadly blasts in recent weeks. A triple suicide bombing at a funeral in Kabul on June 3rd killed at least 12 and injured 90. Whilst at least 150 were killed in a bomb blast during rush-hour in Kabul’s diplomatic quarter on May 31st.

AOAV strongly condemns all violence against civilians and calls upon all groups to reject the deliberate targeting of civilians. States must urgently address the threat of IED attacks. There is an urgent need for preventative measures to be implemented by States and the international community.