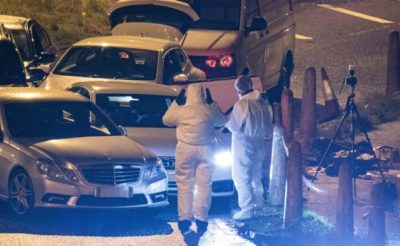 The death of a man during a police operation near the M62 on Monday 2nd January, 2017 brings the total number of people shot and killed by police in England and Wales to levels not seen for almost a decade.

Since the announcement on 1st April, 2016, for 1,500 more firearm officers to be trained in England and Wales, there have been five recorded deaths from police shootings.

The last time such levels of killings were seen was when five people were shot and killed by police between May 2007 and December of that year. Six people died in police shooting incidents in 2006.

The police shooting fatality numbers seen in 2016/7 are in sharp contrast to 2013 when no-one was shot and killed by armed police. Between 2008 and 2015, on average less than 2 people were shot and killed per year by police in England and Wales.

The recent rise in shootings are not, it seems, linked to terrorist threats, despite the UK having been on ‘severe’ terror alert since August 2014.

The increase in numbers of people being shot and killed in police operations raises questions following the announcement in April 2016 that more armed officers are needed for public protection. The move was meant to reverse a drop in the number of firearms officers from nearly 7,000 in 2009/10 to 5,875 in 2013/14.

“The decision to arm more police was taken last year without any hard evidence being presented to Parliament that more guns in the hands of police will make the British population safer,” said Iain Overton, Executive Director of Action on Armed Violence. “While much of the training of these new officers has yet to be completed, we need to be absolutely clear that more armed policemen really do result in a safer Britain.”

An analysis of police shootings since 2007 by Action on Armed Violence shows that in shootings where information on the circumstances leading to the death of a civilian was known, in more than half of those incidents, the individual killed did not have a firearm (not including air weapons).