This represents a slight decrease in the percentage of civilians killed or injured compared to March 2017. This is likely due to the rise in explosive violence targeting other armed actors, such as state militaries and police.

Whilst four of these countries are common amongst the worst impacted, Egypt’s place amongst the worst impacted countries is less frequent. AOAV recorded 190 deaths and injuries in Egypt last month, including 171 civilians. The majority of these casualties occurred in just two incidents, which saw 44 killed and over 100 injured, when ISIS carried out two bomb attacks on Palm Sunday.

On the other hand, Afghanistan is noticeably absent from the worst five impacted countries. The majority of those killed and injured by explosive violence in Afghanistan in April were armed actors and security personnel. Over 150 soldiers were killed when Taliban fighters and suicide bombers attacked an army base in Mazar-i-Sharif. Another 94 armed actors were killed when the United States dropped the MOAB in Afghanistan, targeting ISIS militants – for more insight into the use of the MOAB bomb, please see here.

In Syria, the majority (66%) of civilian casualties from explosive violence were again caused by air-launched explosives with a further quarter were caused by IEDs. A bomb attack on a crowded bus convoy killed 126, mostly refugees, including 60 children. 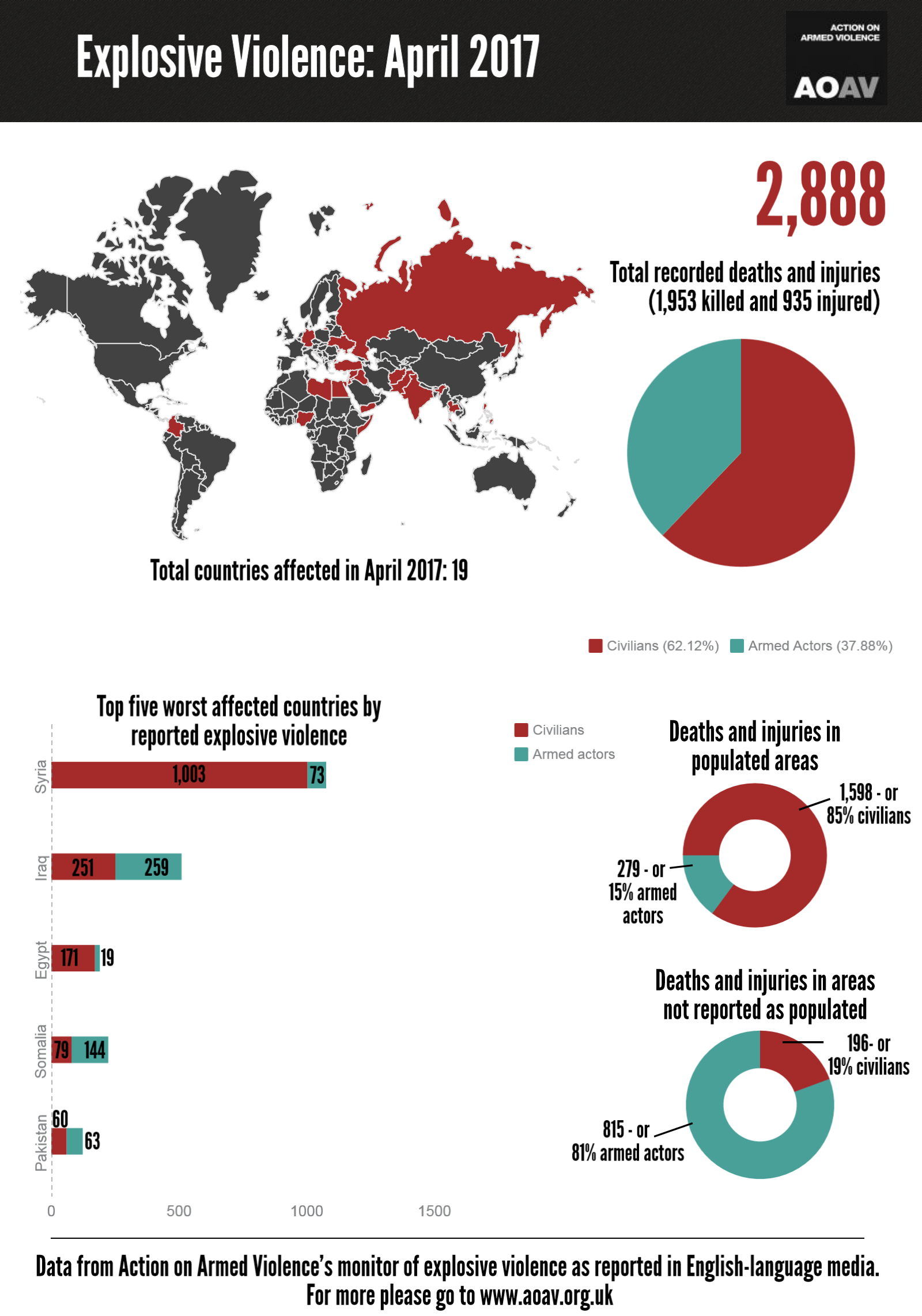