The five most impacted countries/territories in February were: Syria, Pakistan, Iraq, Afghanistan and Somalia.

Iraq dropped to third place in February with 505 civilian deaths and injuries from explosive violence. Whilst Iraq was recorded as the worst impacted in January, the levels of violence have remained largely consistent since September 2016.

Pakistan saw a significant increase in civilian deaths and injuries from explosive violence in February. This is due to a highly lethal suicide attack which saw the death and injury of over 400 civilians. The bomber targeted a Sufi shrine in Sindh province.

Similarly, just one IED attack, a suicide car bomb in Mogadishu, caused 88% of the civilian deaths and injuries from explosive violence seen in Somalia in February 2017. 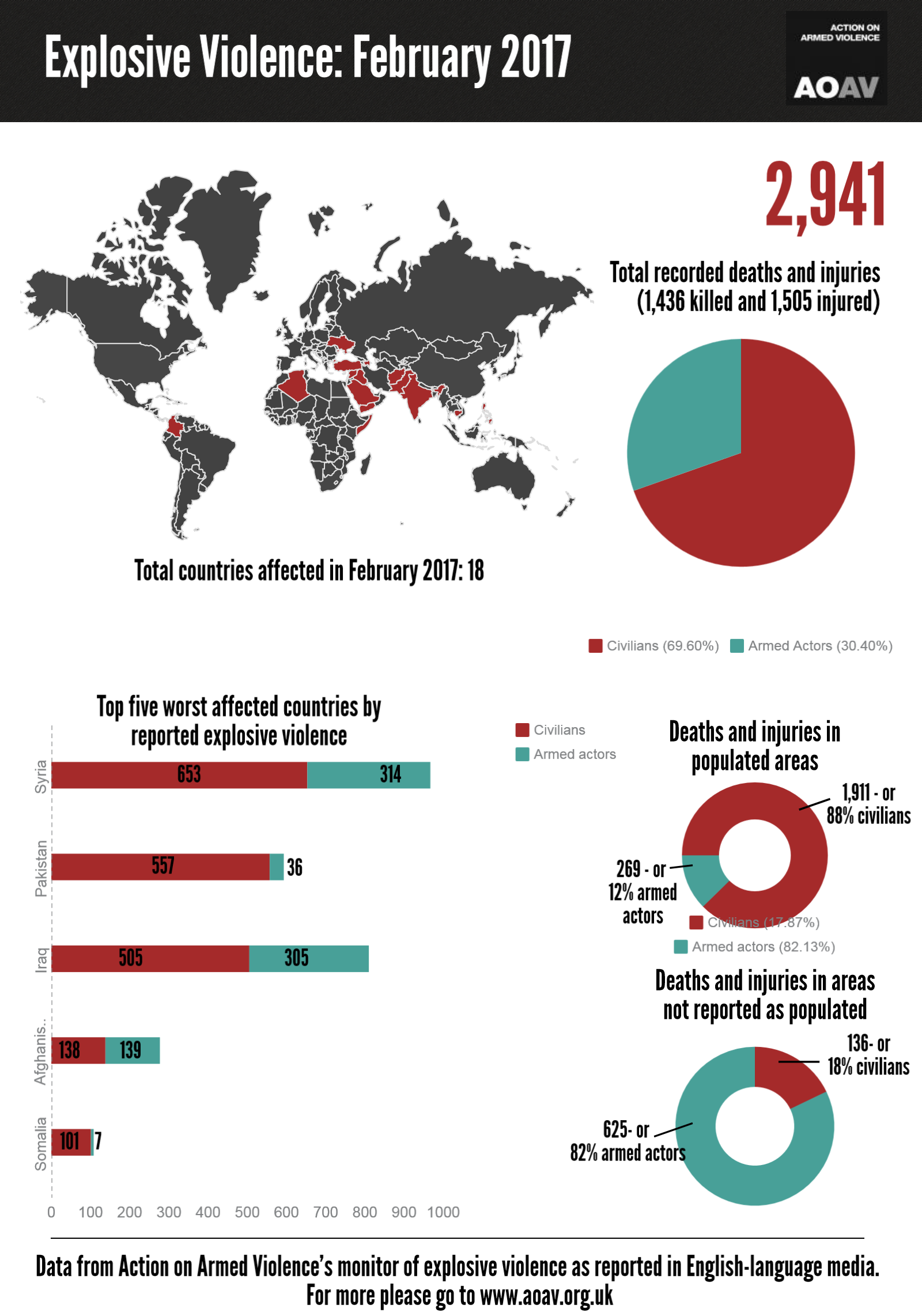