The average monthly civilian casualty toll in 2016 was 2,674. This means the first month fell just short of this average – with 2,442 civilian deaths and injuries.

The five most impacted countries/territories in January were: Iraq, Syria, Nigeria, Yemen, and Afghanistan.

In January, 52% of the deaths and injuries recorded in Iraq occurred in Baghdad, whilst a further 24% took place in Mosul. Many of the attacks launched by ISIS in Baghdad are generally considered as responsive to loss of ground in other areas, such as Mosul.

Nigeria saw a significant rise in civilian deaths and injuries in January. 87% of the civilian casualties were caused in just one event, which saw the Nigerian military conduct airstrikes on what they reportedly thought was a militant camp, but was in fact a camp for the displaced in Nigeria. The five other incidents were suicide attacks, most likely launched by Boko Haram militants.

Last year, Yemen saw an average of 226 civilian deaths and injuries a month, therefore the violence seen in January is largely in-keeping with this trend. One of the most significant attacks in Yemen in January, saw a US airstrike kill women and children during the first airstrike by US forces in Yemen under the Trump administration.

92% of the civilian deaths and injuries occurred in populated areas in January. AOAV strongly condemns the use of violence against civilians and the use of explosive weapons in populated areas. All actors should refrain from using such weapons where there is likely to be a high concentration of civilians. 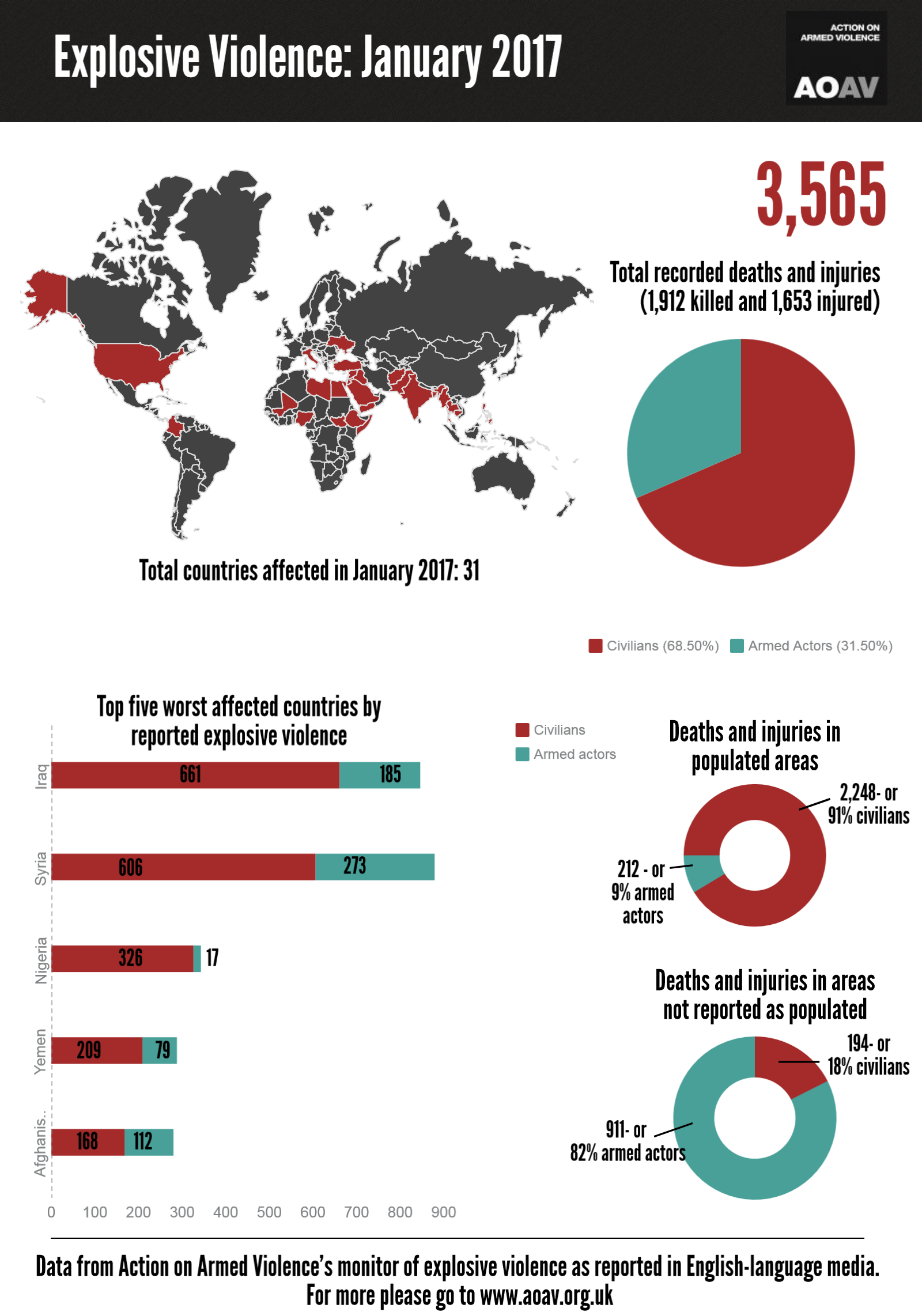