This represents a 30% decrease in the number of civilians killed or injured compared to May 2017, when there were 2,649 civilian deaths and injuries.

However, at least one death or injury from explosive violence was recorded in 27 countries last month, three more than in May. The five worst impacted countries were Syria, Pakistan, Iraq, Afghanistan, and Somalia, according to civilian casualties.

Despite, Syria and Iraq retaining similar positions amongst the five worst impacted countries both saw a surprising decrease in the levels of civilian harm.

Most civilian casualties occurred in Raqqa and Deir Ezzor, where ISIS maintain strongholds.

Pakistan’s position as the second-most impacted country was caused predominantly by IEDs. Just one incident, when twin blasts hit a crowded market in Shiite-dominated Parachinar, was responsible for 82% of all civilian casualties. The attack had killed 67 by the following morning, whilst 261 were injured and 62 of those in a critical condition. The attack in Parachinar was claimed by Lashkar-e-Jhangvi, a predominantly Sunni extremist group.

When explosive violence was used in populated areas, 94% of all casualties were civilians, compared to 19% in other areas.

AOAV condemns the use of violence against civilians and the use of explosive weapons in populated areas. All actors should stop using explosive weapons with wide-area affects where there is likely to be a high concentration of civilians. Further, given the increasing prevalence of IED use, greater efforts should be made by the international community to combat the civilian harm caused by such weapons. 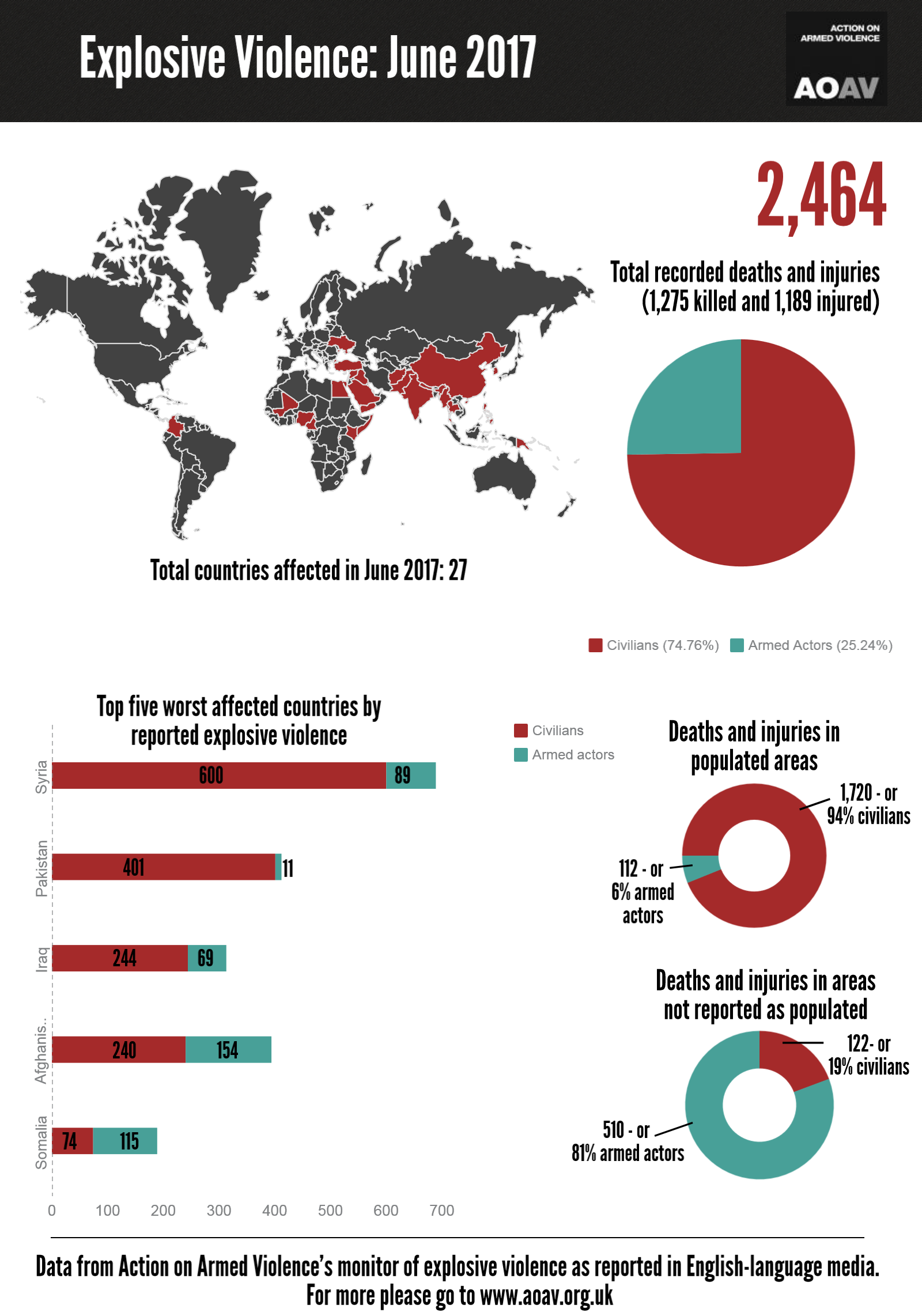