When explosive violence was used in populated areas, 93% of all casualties were civilians, compared to 8% in other areas.

At least one death or injury from explosive violence was recorded in 21 countries and territories last month. The five worst impacted countries were Syria, Somalia, Afghanistan, Pakistan, and Iraq according to civilian casualties.

Somalia saw a significant rise in civilian casualties from explosive weapons last month, with 673 civilian casualties in just eight incidents. Of these, at least 586 deaths and injuries (87%) were caused by just one attack – a truck bomb in Mogadishu on October 14th.

Similarly, in Afghanistan, 98% of civilian casualties were caused by IEDs. Both ISIS and the Taliban were responsible for some large-scale attacks.

Whilst Pakistan was impacted by both IEDs and ground-launched attacks, with shelling from India and sporadic grenade attacks, alongside frequent IED attacks by ISIS and the Taliban. The deadliest incident was caused by an ISIS suicide attack on a shrine in Jhal Magsi, Baluchistan, on October 5th which killed at least 22 civilians and two police officers.

However, given the current security situation in Iraq, it is likely that many civilian casualties go unrecorded. 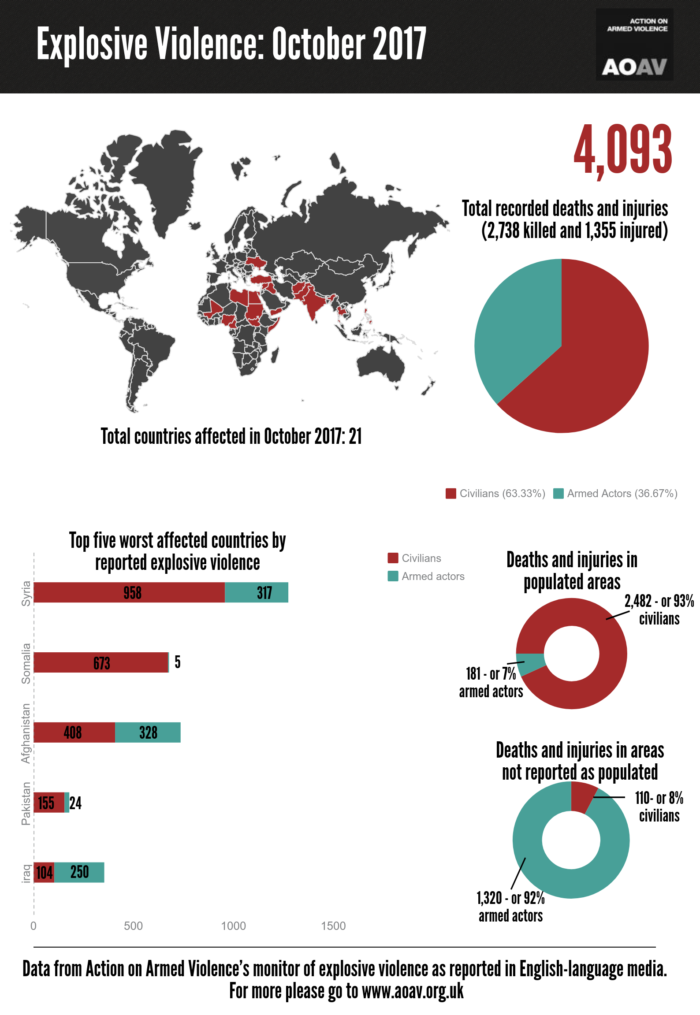