On the 7th December, 2015 the General Assembly of the United Nations in their Seventieth Session adopted Resolution A/RES/70/46 – ‘Countering the threat posed by improvised explosive devices.’ The Resolution, which expressed grave concern over the devastation caused by the increasing use of improvised explosive devices was submitted by the government of Afghanistan. In this interview, Iain Overton (IO), Executive Director of Action on Armed Violence, interviewed Mahmoud Saikal, Ambassador and Permanent Representative of Afghanistan to the United Nations. 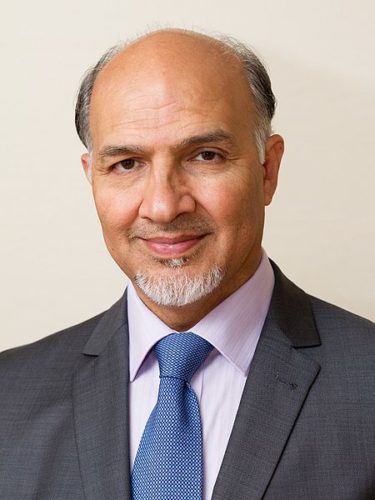 Mahmoud Saikal, Permanent Representative of Afghanistan to the United Nations

IO: Can you tell me a little bit more about the resolutions submitted by Afghanistan concerning IED to the first committee last year?

Ambassador Saikal: It is a cause of great concern for Afghanistan. Every year they have killed thousands of people. They have been causing physical injuries and, of course, it has a deeply psychological impact on the psyche of our people. It spreads fear and disruption across the affected communities. In Afghanistan, we are making continuous political, social and economic attempts to put the country back together – with IED we see a negative impact on all of them.

At international level, good work is already being done on IED from an International Humanitarian Law perspective by States Parties to Amended Protocol II of the Convention on Certain Conventional Weapons (CCW). We have UNMAS, which primarily targets demining but they have given some attention to the humanitarian side. But we didn’t have a resolution as such that could specifically address IED – their manufacturing, sales, smuggling and use.

Because of the use of IED in different parts of the world, there was an urge for a comprehensive global approach to this and where best but the UN, where we have the international community talking on a daily basis, at multilateral levels.

The other thing is, that in the recent time we have seen the rise of radicalisation, violent extremism, and terrorism, and their weapon of choice has become the IED – something they could easily access, make and use. So, there was a need for: better collection of data and information sharing; awareness raising; uniting nations; uniting people; options for the regulations of components; international technical assistance and cooperation; and also victim assistance. Therefore, last year as we were getting close to the General Assembly, in September, my colleagues put a draft together, and in a very systematic way we managed to get it through the initial discussion and eventually get it through the General Assembly, and it was adopted on December 7.

IO: What was the hope for such a submission?

Ambassador Saikal: Well the thing was, it wasn’t a completely new phenomenon – some work has already been done. State parties have played a role in the amended Protocol II on the Convention on Certain Conventional Weapons. Also, Interpol has been collecting data on individuals who have the ability and knowledge to make IED and we believe that is something good. In addition, the World Custom Organization has a project named Program Global Shield, focused on a range of issues related to IED. And recently, the Counter-IED Global Alliance has become active.

Our hope was to build upon the good work of others and to engage the UN member states to achieve a number of key objectives that we were after.

Those objectives are, first: to underscore the global nature of the threat of IED. Second: to encourage the harmonisation of the diverse ongoing efforts, including through starting a dialogue on the development of voluntary international guidelines for countering IED. Third: highlighting the important role of relevant commerce and industry in effective IED countermeasures.

IO: What was the outcome of the resolution?

Ambassador Saikal: Before this resolution, international awareness of IED was not as high as we expected and our campaign, debate, and negotiations, itself raised the awareness. And now we have a document that 193 countries of the world are obliged to focus on the implementation of.

Before this, there was an understanding that IED can hurt certain countries and cannot hurt others, but now everybody knows IED could be there anytime, anywhere, so they have to be ready for it. We also highlighted the impact of the IED on the political stability and security of member states.

Last September, at the UN, we adopted Agenda 2030 Sustainable Development Goals and in order to meet those goals we need a peaceful world. Goal 16 talks about a peaceful environment where growth and development can take place, and goal 17 talks about international partnership. We can only have a peaceful environment if we don’t have insecurity, and IED are a key part of that insecurity. So again, for the implementation of the Sustainable Development Goals it is important we combat IED.

The resolution encourages member states to develop their national IED plans – what to do to stop the use of IED. It also talks about enhancing regional and international cooperation, because the smuggling of IED is very common nowadays, with illicit acquisition of IED components over the internet very common.

It also encourages awareness raising and risk education programmes by member states, regional organisations and NGOs. What is more important, it requests the Secretary General to develop a report on the issue of IED in light of this resolution, seeking also the views of member states and to provide in this report the initial building blocks and recommendations for ways forward on this issue for consideration by the General Assembly this year.

The SG’s report and his initial building blocks and recommendations will pretty much shape the discussion this year regarding IED resolution and potential mechanisms through which UN can play its role in countering IED.

IO: What is currently being done in Afghanistan to reduce the impact of IED?

Ambassador Saikal: Well we have taken a number of steps. We have a presidential decree in place, which is known as Presidential Decree no. 28, which was issued in 2010. That decree bans the import, use, storage, trade of ammonium nitrate fertiliser in Afghanistan.

Another step that we have taken is the development of the Ministry of the Interior policy to control the commercial grade explosive and 14 other precursors in Afghanistan.

Another step is capacity building for border police and custom officials to detect suspicious materials at the border, because that is the place where they come in and get out. Development and implementation of 2012 Afghan National counter-IED strategies is something else we have been working on. Multiple public awareness campaigns have taken place since 2010 because our people don’t know much about IED, so it is important that we let them know what they look like, what to do if you identify them, and how to stay away from them, for example. We have also distributed explosive detection kits to security forces and the deployed a counter-IED unit within our police and army.

IO: What more can be done on this matter by the international community?

Ambassador Saikal: Border control and promoting regulation on access to these materials is important. In our part of the world we have been focusing on regional cooperation at all levels and in different sectors. Capacity building and technical assistance to states is also important, especially for a country like Afghanistan. We do not have the sophistication of technology and we believe there is advanced technology quite available around the world that could be put at our disposal. Detecting and also defusing IED also requires advanced technology. Information sharing between member states on IED is important. Our intelligence services in Afghanistan are not as advanced as others and it is important that we work with other states and whatever information that they have be shared with us. But also, despite the limitation of our security services, we do from time to time have access to very precious information which could be of use to others.

IO: In terms of the diplomatic community what do you think can be done to stop this growing impact of IED?

Ambassador Saikal: Well definitely there is a need for diplomacy at the multilateral level but also, beyond the government level, we need to look at the business entities, civil society, and we need to make sure that we have them engaged.

Counter-terrorism entities also need to give further attention to the issue of IED in their mandates. Here at the UN, we have got two major agencies. One is the CTITF, the Counter Terrorism Implementation Task Force, whose job is mainly the coordination of different agencies to do with counter-terrorism. Also we have the CTED – Counter Terrorism Executive Directorate – which is in charge of the implementation of key counter terrorism resolutions, such as 1373.

So, we hope that we could make sure that those who are focused on counter terrorism could really focus on IED and the resolution we have managed to get through the GA.

IO: What role do you see for civil society and NGOs in helping reduce the burden of harm from IED?

Ambassador Saikal: I would call it people-co-operation. It is crucial because they are in the forefront of things, and often come face-to-face with IED. So the level of contact between the people and the relevant security agencies and those who are monitoring the use of IED and so on is important. But also, certain civil society groups have a specific focus on these issues. In the past 15 years we have seen a large number of civil society groups that have emerged and they may not be specifically targeting IED but they definitely come across it, and it is important that we get the information from them.

Also, I believe in Afghanistan there are groups who are dealing with the victims of IED. I think that is one area which has been neglected a lot in Afghanistan. And if there is one message that we have beyond the implementation of the resolution, is for an urgent focus on victims of the IED in Afghanistan.

IO: Is there anything else you would like to discuss?

Ambassador Saikal: Weapon smuggling is a huge industry in the world today and it is operating at a global level. In our part of the world – with increased access to weapons, including components of IED or IED produced in a commercial way – smuggling is something that has become more sophisticated. So what can we do to actually target the smuggling rings at the regional and global levels? Sometimes we get the feeling that the peace of Afghanistan would make them go out of business, so somehow they may have an interest in the turmoil of Afghanistan because that guarantees the continuation of their business. So what can we do to shed light on that and to expose that as much as we can?