In response to the recent Department of Defense audit from September 2016, obtained by Amnesty International , Radio Sputnik spoke to the Executive Director of Action on Armed Violence (AOAV), Iain Overton. 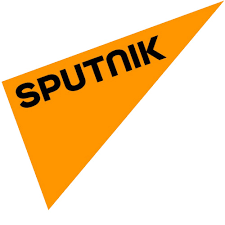 The audit had found several serious shortcomings in how the US equipment was logged and monitored. Lax controls included fragmentary record-keeping in arms depots in Kuwait and Iraq. Information was logged across multiple spreadsheets, databases and even on hand-written receipts.

Incomplete records mean those responsible for the equipment were unable to ascertain its location or status. This has resulted in arms winding up in the hands of extremist groups committing atrocities in Iraq, including the armed group calling itself the Islamic State, Amnesty International says. The NGO is urging the USA to comply with the Leahy Law, which prohibits the supply of military aid and training to those foreign units who have committed gross human rights violations.

Iain Overton, discusses AOAV’s recent study into the US arms trade, which looked at small arms sales to Iraq and Afghanistan during the ‘War on Terror’. The findings of AOAV’s study similarly found that the US lost tracks of thousands of small arms.

To listen to the interview with Radio Sputnik click play below, or see here.

The findings of AOAV’s study, US Department of Defence spend on guns in ‘War on Terror’ revealed, can be seen here.