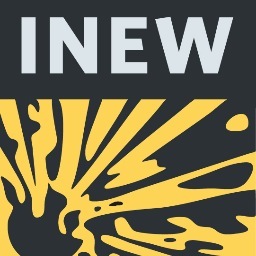 Below is a briefing paper by the International Network on Explosive Weapons (INEW), of which Action on Armed Violence (AOAV) is a member,  that is released ahead of the UN General Assembly First Committee on International Security and Disarmament.

The need to provide an effective response to the civilian harm resulting from the use of explosive weapons in populated areas has been highlighted as a top humanitarian priority,[1] given high levels of civilian casualties arising from conflict increasingly taking place in urban settings. Beyond those killed and injured, an even greater number of civilians are affected as a result of damage to essential infrastructure and services. The bombing and bombardment of towns and cities destroys homes leaving people without shelter. Hospital buildings are damaged hampering the provision and quality of medical care to civilian populations in desperate need of it.[2]Damage to sanitation systems creates additional problems around maintaining basic levels of hygiene. Damage to electricity, energy, and power further compound such problems, and in some instances prevents the civilian population from fleeing the area.[3] Entire generations of children have been impacted from the damage to schools and educational facilities.[4] In addition, the use of explosive weapons in populated areas represents one of the main causes of forced displacement. Countless civilians are driven from their homes and displaced, and suffer from psychological distress and trauma.[5]

Most types of explosive weapons are designed for use in open battlefields, not towns and cities where there are high numbers of civilians. Whilst there is a pattern of harm associated with explosive weapons in populated areas in general, the risk to civilians is most severe when these weapons have wide area effects, including weapons with a large blast or fragmentation radius (heavy aircraft bombs), multiple explosive munitions (for example multi-barrel rocket systems), inaccurate weapons (indirect fire mortars), or a combination of these factors.

Current context
Data shows that when explosive weapons are used in populated areas, approximately 91% of those reported killed and injured are civilians.[6] In 2016, over 32,000 civilians were recorded killed or injured by explosive weapons, with Syria, Iraq, Yemen, Afghanistan, and Turkey having the highest numbers of civilian deaths and injuries.[7]

The UN Secretary-General has called on states to engage constructively in efforts to develop a political declaration to address the harm caused by the use of explosive weapons in populated areas.[8] Discussions towards developing an international political instrument to address this humanitarian problem are ongoing, and already 70 states have spoken out on the issue.[9]

A clear collective commitment on this vital humanitarian problem is urgently needed. A political declaration would help shape operational policy to reduce the impact of explosive weapons on civilians, including a commitment against the use in populated areas of explosive weapons with wide area effects. International discussions on this issue have been underway since 2013. In 2015 and 2016, Austria hosted meetings to discuss the possibility of a political declaration.

Recommendations
At First Committee, delegations should:

Beyond First Committee, states should:

[8] Report of the Secretary-General on the protection of civilians in armed conflict(S/2017/414).

[10] The UN Secretary General has repeatedly called on all state and non-state parties since 2009 to “avoid the use of explosive weapons with wide-area effects in populated areas,” including most recently in the Report of the Secretary-General on the protection of civilians in armed conflict (S/2017/414).  Since 2011, the International Committee of the Red Cross has stated that “due to the significant likelihood of indiscriminate effects and despite the absence of an express legal prohibition for specific types of weapons, the ICRC considers that explosive weapons with a wide impact area should be avoided in densely populated areas.” See http://bit.ly/2uLSsJm.