Yesterday, September 14th 2017, ISIS claimed responsibility for two suicide attacks in southern Iraq. The attacks are reported to have killed at least 74, and wounded a further 93. 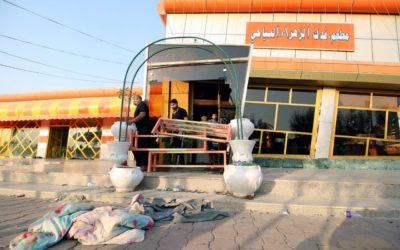 The deadliest attack targeted a crowded restaurant in Nasiriyah, where an attacker detonated his suicide vest, whilst others threw grenades and fired on the customers.

The second attack saw a car bomb target a security checkpoint in the same area.

The attackers were said to be disguised as members of the Hashed al-Shaabi – predominantly Shiite paramilitary units.

Many Iranians are thought to be among the casualties. The location of the attacks sees many Shiite pilgrims and visitors from neighbouring Iran, heading for the holy cities.