The Islamic State (henceforth IS) has fundamentally changed what we, in the West, understand as suicide tactics. Drawing on primary data compiled and processed by the first author between 2015 and 2016, this paper analyses and discusses the nature of this transformation, offering a nuanced definition for what the group considers to be a “suicide operation,” an analysis of its strategic usage of the tactic, and a statistical dissection of the demographic origins of IS’s suicide attackers. 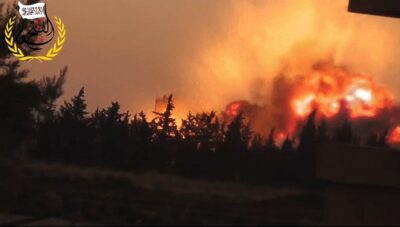 The data demonstrates that IS is currently using suicide attacks in a manner that is more akin to the kamikaze pilots of Imperial Japan than that of other jihadist groups; that most of its attacks are committed by local actors against hardened military targets; and that it is militarising suicide at an unprecedentedly high rate. These findings contrast with the conventional wisdom on suicide attacks and suggest that IS’s use of the tactic presents a uniquely complex challenge to all those engaged in the war against the group today.

Too often, discussions of suicide tactics suffer from a lack of nuance. Indeed, as Martha Crenshaw notes, “the tactic is usually treated as though it were a single unified method of violence.”[i]  However, it is important to recognise that there is no single type of suicide attack, particularly in the context of IS, which takes a far more granular approach to militarising suicide than what the ‘traditional’ definition describes.

Similar to the position held by other salafi-jihadist groups, IS holds that suicide attacks are dependent upon the intent of the perpetrator, rather than the means by which they die. As such, whether an IS attacker dies by their own hand or that of another, in both instances they may be regarded as a suicide attacker.

With this as a definitional foundation, one must then distinguish between ‘amaliyyat istishhadiyya and ‘amaliyyat inghimasiyya, both of which should be considered suicide attacks. The first term refers to ‘conventional’ operations—i.e., those that incorporate an individual bomber bearing an improvised explosive device (IEDs). The latter is slightly different. Deriving from the Arabic word ghamasa, to submerge or plunge, the term has a long history in the context of salafi-jihadism. In the specific operational context of IS, inghimasiyya refers to operations involving fighters that willingly put themselves in harm’s way, maximising the risk of their deaths in order to cause as much damage as possible to the enemy. This, for example, could take the form of a unit attacking an enemy with light weapons and later, when overrun, detonating a series of suicide IEDs. Importantly, the perpetrator’s death is not a necessary condition for operational success in the inghimasi context.

To holistically assess the nature of IS’s suicide operations, data was collected[ii] from two official sources; the centrally run Amaq News Agency, and the provincial media offices. Previous research on IS’s use of suicide attacks has utilised the former but not the latter.[iii] Between 1st December 2015 and 30th November 2016—the data collection period—IS’s provincial media offices gave individualised reports of 923 fighters who committed suicide attacks. This provincial data forms the bulk of the analysis below.

It should be noted that independent verification of individual attacks is impossible because most of the operations occurred where no journalists are present and, in the areas in which journalists are present, there tended to be a reporting bias towards those that were particularly destructive. However, because of IS’s rigorous four- to eight-step verification process, there is good reason to believe its reports are reliable.

When assessing the strategic logic of IS suicide tactics, the rate at which attacks occur is particularly instructive.

What is clear is that variance in the rate of IS suicide operations is not random. Rather, IS implements suicide attacks in a manner that is both carefully calculated and precisely coordinated. The events of March 2016 offer a window into this phenomenon: after weeks of sustained territorial losses all over Iraq, IS conducted a nationwide, suicide-led counter-offensive involving 87 separate operations. The attacks were not geared towards capturing territory (there has been no real strategic offensive in Iraq since 2015); rather, they were an attempt to destabilise security in general, or derail shaping operations geared towards preparing the ground for large future offensives. IS’s defence of the city of Mosul provides further evidence for the existence of a sophisticated command-and-control structure for suicide operations. In the first few weeks of the campaign to liberate the city, it carried out hundreds of vehicle-borne suicide operations, increasing the average number of attacks in the area more than tenfold.

One can discern a similar strategic logic behind IS’s use of suicide tactics when dissecting the data on attack location. Nearly two thirds took place in Iraq, while almost a quarter occurred in Syria (mostly in IS’s Aleppo Province).

The data illustrates a strong correlation between the use of suicide attacks and the intensity of the military threat faced by IS; it is clear that the frequency with which the tactic is used varies according to situational exigency. The data also suggests that a sudden reduction in the use of suicide attacks may be an indicator for the group’s willingness to retreat from a battle, if it deems it a lost cause. This can be seen in the context of Fallujah, when, a few weeks into the campaign to re-take the city in May/June 2016, IS’s leadership seemed to make a strategic decision to curtail the use of suicide operations, ceasing to use them entirely after an initially high rate. Conversely, a persistent suicide attack rate offers a way to identify areas of long-term strategic importance to IS. Examples of this can be seen in Aleppo Province in Syria and Dijila Province in Iraq.

Of course, the vast number of potential extenuating factors means that such conclusions should be treated with caution and are probably only useful in hindsight. Despite this, it is reasonable to infer that the group uses suicide attacks in a rational and measured way that serves long-term strategic objectives.

Assessing the data on attack modus operandi offers a further insight into IS’s strategic thinking. Eighty-four percent of the 923 operations its provincial media outlets reported on were geared towards achieving military goals, most of which were defensive in nature (an effort to thwart enemy advances and pre-empt counter attacks). Others were part of the group’s war of attrition, and sought psychological, rather than territorial gains. IS’s suicide attacks targeted civilians just sixteen percent of the time, a statistic that is testament to the sheer scale of its use of suicide on the battlefield.

IS suicide tactics manifest in three forms, each of which differ significantly in terms of attack type and target: 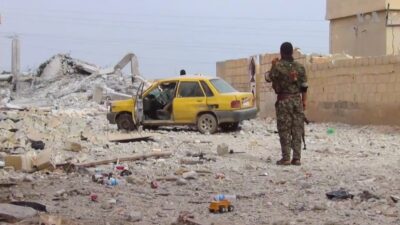 The final aspect of the data which speaks to IS’s suicide strategy is the origins of the fighters; just twenty per cent were foreign fighters, with seventy-four percent being local (and a further six percent undefined). Although there is a widespread belief that the majority of IS’s suicide attackers are made up of foreigners, the data shows that it is local actors, largely Syrians and Iraqis, that commit the bulk of the attacks.

Intriguingly, of the total number of foreign fighters that committed suicide attacks for IS, the highest proportion came from Tajikistan. Over the twelve months in question, significantly more Tajiks died in VBIED and inghimas operations in Syria and Iraq than any other foreign national. Although it is beyond the scope of this paper to determine why that may be, it is worth noting that Gulmurod Khalimov, a Tajik national, is currently rumoured to be IS’s highest ranking military authority.

There are three important conclusions to draw from the above observations.

Secondly, it is evident that there is a high degree of centralised planning and strategizing behind each and every operation. This is not simply a case of suicidal fanatics running around with unmitigated destruction as their sole purpose. The group’s use of militarised suicide now seems to revolve more around defence than anything else—suicide operatives are IS’s way of making up for technological disparity, its equivalent of guided missiles. In this regard, the thinking behind its use of suicide tactics is perhaps more reminiscent of the Imperial Japan than of other salafi-jihadist groups like al-Qa’ida.[iv]

Thirdly, because much of the conventional wisdom around IS’s use of suicide tactics relies on recycled data gathered from observations made a decade ago, policymakers are at risk of mis-calibrating their response. It is no longer true that “civilians are the target of choice,” that “the bombers are mostly foreign, not Iraqi,” and that the tactic is a “largely imported phenomenon.”[v]  Instead, the lion’s share of the attacks are by locals (74 percent) against military targets (84 percent). What is more, the operational shape of suicide attacks is less unified than ever. The type of attack that most closely reflects our traditional understanding of suicide tactics, HBIEDs, currently occurs least regularly in the context of IS. Simply put, this means that there is no single theory or schema through which militarised suicide as a phenomenon can be understood.

In months and years to come, suicide tactics will continue to be a fundamental part of salafi-jihadist irregular warfare. Regardless of what happens to IS in Mosul or Raqqa, the tactics’ appeal will endure, based on the fact that they have a high margin of casualties per fighter lost, their human operators have a unique ability to seek out targets, they are difficult to defend against, and, as spectacular operations, they can shatter enemy morale.[vi] Given that insurgent groups are, as a rule, imitative actors, understanding the accumulating appeal of suicide-based violence is critical, and not only because of what it means in the context of the fight against the so-called caliphate.

[ii] For a full methodology and results, see: C. Winter, “War by Suicide: A Statistical Analysis of the Islamic State’s Martyrdom Industry” The International Centre for Counter-Terrorism – The Hague 8, no. 3 (2017).

[iv] The Japanese formally adopted militarised suicide after suffering a series of crippling strategic defeats; much like IS from 2016 onwards.