As we have seen elsewhere in this report, Turkey has actively supported various armed groups in Syria as a means to remove Bashar al-Assad from power. It has provided support, along with Saudi Arabia and Qatar, to Jaysh al-Islam, and has also sent weapons to Jabhat al-Fateh, the umbrella organisation that includes Jabhat al-Nusra, Ahrar al-Sham, Jund al-Aqsa and others. Some of this aid was allegedly delivered by means of coordination between the Turkish intelligence services and the Turkish Islamic charity IHH, as we shall see further in section 6.7.4.  Moreover, we have seen that fundraisers like Abdullah al-Muhaysini are known to have directed supporters to phone numbers in Turkey in order to make private donations.

Perhaps most significant of all, Turkey has been accused of being negligent about preventing foreign fighters from crossing its border into Syria, a factor which has inevitably strengthened several jihadi groups operating in the region. What has been less well documented is Turkey’s alleged support for IS in particular, with various sources accusing Turkey of supporting IS in its war against the Kurds in Syria.

Alleged financial and material support for IS

David L. Phillips of Columbia University has set out in a detailed research paper, updated between 2014 and 2016, the various accusations relating to Turkish links to IS. These include claims that Turkey gives training and medical assistance to IS fighters, provides financial support through oil purchases, and has even militarily assisted IS in battles against the Syrian Kurdish forces of the YPG.

Some of these claims have been corroborated by sources close to either Turkish intelligence or IS. In 2016 Ahmet Sait Yayla, a former counter-terrorism chief in the Turkish national police, accused the Turkish government of allowing known IS fighters to reside, receive healthcare, and collect weapons in Turkey. For example, according to Yayla the former IS second in command, Abu Muslim al-Turkmani, received free treatment in Turkey after he lost his leg in an airstrike. Yayla also stated that IS fighters are living openly in Gazientep, where they have had about 60,000 uniforms produced and shipped across the border.

Yayla also supplied photos apparently showing IS fighters handling ‘hell fireball bombs’ made from liquid petroleum gas tanks, the parts for which are manufactured in the Turkish city of Konya, where several IS fighters are also said to reside. According to Yayla, this has been occurring with the blessing and complicity of the Turkish government and national intelligence organisation (MIT), which in some instances has apparently orchestrated weapons deliveries to Syria directly, without even the figleaf of IHH involvement. Turkish President Recep Tayyip Erdogan has responded to these claims by stating that Turkey has not sent weapons to any Islamist group in Syria, and that intercepted trucks travelling under MIT supervision were carrying “aid to Turkmens” in Syria.

One Turkish former IS fighter, Savas Yildiz, claimed in 2016 that Turkish intelligence is directly cooperating with IS, and that IS fighters can pass through Turkish border control into Syria without difficulty. Another IS member said in 2014 that the so-called Islamic State regards Turkey as its ally against the Kurds in Syria, and that Turkey would prefer an IS presence in northern Syria rather than the YPG. We will return to this in section 8.

Others have likewised shared concerns about IS-Turkish cooperation. An unnamed Western intelligence official has stated that direct dealings between Turkish officials and IS are “undeniable”. Even King Abdullah of Jordan has warned about Turkey’s alleged support for extremist groups. Abdullah said “radicalisation is being manufactured in Turkey” and President Erdogan is looking for a “radical Islamist solution to the region”.

Even when Turkey has seemed to have taken a firm stance against IS, there has been cause for suspicion. Al-Monitor queried the fact that dozens of alleged IS members were rounded up across Turkey immediately after the Sultanahmet bombing in January 2016, giving the impression that Turkey already knew their locations even without them having taken any action.

Alleged purchases of IS oil 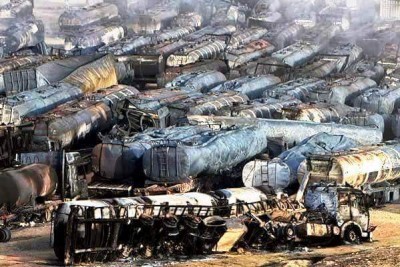 Then there is the question of oil purchases.  Accusations that Turkey was buying IS oil gained traction when Russia said that it had “evidence” to support this.  Russian news outlet RT was conveniently able to back up such claims by examining documents left behind in Syria by IS. Similar accusations were also made by Israeli Defence Minister Moshe Yaalon in January 2016. Furthermore, in September 2016 a Turkish hacker group known as Redhack released documents that appear to show how Turkish oil company Powertrans was given rights to carry oil from northern Iraq to Turkey through Turkish pipelines and ports. The documents appear to show how Powertrans continued profiting from this scheme even after 2014, when most of IS’s network for distributing oil out of northern Iraq had been set up. There were subsequent allegations of Berat Albayrak, Turkey’s Minister of Energy and Natural Resources and President Erdogan’s son-in-law, being behind the company. Albayrak has denied the allegations. Ahmet Sait Yayla claims that the main reason why Ankara maintains relatively good relations with the Kurdish Regional Government in Iraq is their alleged cooperation on transporting IS oil out of northern Iraq.

Although these allegations may possibly be politically motivated, other sources have also voiced suspicions that Turkey knowingly purchases oil from IS. The US has reportedly attempted to pressure Turkey to cut off the flow of oil from IS-controlled refineries into Turkish territory. Moreover, Syrian and Iraqi sources have claimed that IS oil is transported across the border to Iraq, where it is mixed with Kurdish oil and brought back into Turkey under that label.

It is difficult to ascertain the veracity of these various allegations, but it is clear that Turkey has contributed support to several Salafi-jihadi groups active in Syria.  How deliberate and proactive this support is probably varies from group to group.  As we shall see in section 8, however, this strategy might in the long run do Turkey more harm than good.