Based on the southern Philippine islands of Jolo and Basilan, Abu Sayyaf is an Islamic fundamentalist group with roots in Moro (Filipino Muslim) separatist movements, and has been active since the early 1990s. It was previously part of the Moro National Liberation Front (MNLF), but broke away after disagreeing with MNLF’s policy of pursing autonomy rather than an independent Islamic state. Founder Abdurajak Abubakar Janjalani was a veteran of the Afghan War and is believed to have met Osama bin Laden during that time. Al-Qaeda also provided funding at Abu Sayyaf’s inception. Making international headlines for its kidnappings (its prime source of income), Abu Sayyaf has also attacked Philippine government and military targets with IEDs. In 2014, the group swore allegiance to IS. Although little is known about the extent of IS influence, the IS magazine Amaq (Depths) has reported on Abu Sayyaf, which suggests some measure of association. Abu Sayyaf has long had ties to Indonesian militant groups such as Jemaah Islamiyya and Mujahedeen Indonesia Timur.

The group currently has a fractured leadership, and since Janjalani’s death has functioned more as a conglomerate of the several factions within the movement. Its two most prominent figures are believed to be Radulan Sahiron and Isnilon Hapilon. The latter, since Abu Sayyaf’s pledge of allegiance to IS, is believed to be the most influential IS commander in the Philippines. Much of Abu Sayyaf’s structure is based on clan ties, and members are encouraged to marry other members’ relative in order to maintain affiliations. Although rural in origin, Abu Sayyaf has in recent years established urban cells that have widened its reach, enabling it to carry out kidnappings outside their traditional sphere of influence. Philippine intelligence has stated that the group is protected by local politicians and police officers who are related to members within the movement. Accusations have also been directed at local Filipino Muslim leaders for not speaking out against the group’s violence.

Ajnad Misr (Soldiers of Egypt) was formed in 2013, after founder Hummam Mohammad Attiyah split away from Ansar Beit al-Maqdis (now known as IS Sinai Province), in protest against the Rabaa massacre that year. Ajnad Misr is the only known group that exclusively targets the Cairo area. Despite subscribing to Salafi-jihadi ideology, Ajnad Misr differs from most other Salafi-jihadi groups in not seeking to establish an Islamic caliphate. Rather, Ajnad Misr recognises Egypt as a distinct entity. The group also incorporates language referring to Egypt’s January 25, 2011 revolution in its discourse, stating that the demands of the revolution have not been met. They have also been noted for taking a sympathetic view toward civilians, and have tended rather to attack security forces, police and army personnel. For example, when the group killed police commander Ahmed Zaki in a car bomb on April 23 2014, it said the time of detonation had been chosen so that the blast would not cause any innocent victims.

Ajnad Misr are said to enjoy good relations with IS-IP (who have referred to Ajnad Misr as their ‘brothers’). The group also seems to have a good relationship with al-Qaeda, as both AQAP and AQIM eulogised founder Hummam Mohammad Attiyah after he was killed in April 2015. Attiyah was, according to Ajnad Misr’s own propaganda, a veteran of the Iraq War, and it is likely that he made connections with al-Qaeda there. Observers have also pointed out that Ajnad Misr’s attempt to avoid (Muslim) civilian casualties is in line with the al-Qaeda guidelines on waging jihad. Moreover, given that the group was founded in reaction to the Rabaa massacre, some have suggested that there may be links between Ajnad Misr and the Muslim Brotherhood, although these links have not been corroborated. 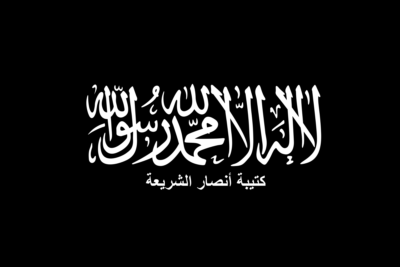 Formed in the chaos after the ousting of Muammar Qaddafi, Ansar al-Sharia Libya (ASL) was one of the groups responsible for the attack on the American consulate in Benghazi in 2012. A conglomerate formed by several factions from the Abu Obayda bin Aljarah Brigade, February 17th Brigade and Malik Brigade, ASL gained a foothold in Libya through the dawa and social services work favoured by many (and actively encouraged by al-Qaeda) in the vacuum that arose in many countries after the Arab Spring.

At the peak of its powers in 2013, ASL was able to provide health and banking services to people in Libya, as well as conducting a complex humanitarian assistance operation in Sudan following major floods in August 2013.  ASL delivered more than five tons of medicine and twelve tons of grain to stranded survivors. In early 2014, they reportedly sent food to the Latakia area of Syria. However, since Libyan General Khalifa Heftar commenced his ‘Operation Dignity’ in 2014, aimed at driving Islamist groups like ASL out of Benghazi, ASL has been in decline. Following leader Muhammad al-Zahawi’s death in 2015, and growing IS influence in Libya, ASL has found it more and more difficult to compete.

ASL espouses a violent Salafi-jihadi ideology, aiming to establish a theocratic state based on Sharia law, and completely rejects the current world order. Within this ideology, it deems the killing of civilians (as well as Muslim civilians) permitted, as no goal is considered nobler than jihad. Although ASL’s leadership structure remains opaque, the organisation is currently led by Abu Khalid al-Madani, of whom little is known. ASL has good relations with al-Qaeda. AQIM issued a eulogy when former leader Zahawi, who supposedly met with Osama bin Laden in the 1990s, died. ASL is also said to have ties to Jabhat al-Nusra and al-Mourabitoun. It has been reported that the Libyan government diverted funds to ASL in return for their alleged help in clamping down on the drug trade in Benghazi.