Al-Qaeda in the Arabian Peninsula (AQAP) 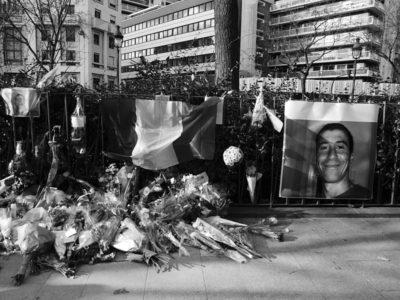 Paris rally in support of the victims of the 2015 Charlie Hebdo shooting, 11 January 2015. By Passion Leica from Paris, France, via Wikimedia Commons

Originally an offshoot of al-Qaeda active in Yemen and Saudi Arabia, al-Qaeda in the Arabian Peninsula (AQAP) has managed to make a bloody name for itself on its own. Many regard AQAP as al-Qaeda’s most dangerous faction, due to its track record of attacks on foreign soil, most notably the one on French satirical magazine Charlie Hebdo in January 2015. AQAP has strong affiliations with al-Qaeda leader Ayman al-Zawahiri and has made significant gains since the 2011 Arab Spring protests in Yemen. The group has also been able to exploit the disorder in Yemen brought about by the conflict between the Yemeni government (supported by a Saudi-led Sunni Muslim coalition) and Houthi rebels.

AQAP was founded in 2009 when Saudi al-Qaeda fighters were driven out of their country and merged with their Yemeni counterparts. The organisation’s roots can be found in the Afghan anti-Soviet campaign, after which many mujahedeen, having been denied entry to their home countrie, resettled in Yemen. One of AQAP’s historical leaders was Anwar al-Awlaki, an American-born preacher who was killed in an airstrike in September 2011. Current leader Qasim al-Raymi previously held the position of military commander and also worked in al-Qaeda training camps in Afghanistan. Another notable figure is the infamous bomb-maker Ibrahim al-Asiri, the man behind the 2009 Christmas Day bombing plot and the 2010 cargo plane bombing plot, as well as an assassination attempt on Saudi Arabia’s Crown Prince Mohammed bin Nayef.

AQAP’s organisational structure is compartmentalised and hierarchical, and consists of several branches that direct strategy in different sectors.[i] The political branch decides overall direction, while the military branch plans all major attacks. The religious branch is AQAP’s authoritative voice on religious matters. There is also a propaganda wing, which is responsible for online outreach as well as the infamous Inspire magazine. Besides al-Qaeda central command, AQAP has had both financial and material links with al-Shabaab, and is seen as having good relations with Hizbul al-Islam and Jabhat al-Nusra. There have been reports of Saudi Arabia forming an unexpected alliance with AQAP in the Yemeni war despite much hostility in the past, apparently deeming the Houthi rebels a greater enemy. AQAP is also said to have links with Abdelwahhab Humayqani, a prominent Yemeni Salafi politician, who has been accused of funnelling money to AQAP. Humayqani was one of Yemeni President Abd Rabbuh Mansour Hadi’s delegates to the failed Geneva peace talks.

It has been reported that in the chaos of Yemen’s war, AQAP fighters have stormed weapons depots, seizing armoured vehicles and rockets. These stores were known to hold US weapons and ammunition that had been supplied to support government counter-terrorism operations before the war. AQAP has continually employed IEDs in its attacks on government forces, Houthi rebels and civilians.

Previously known as Ansar Bayt al-Maqdis (ABM), IS Sinai Province (IS-IP) swore allegiance to IS and renamed itself in November 2014. The group emerged from the chaos that engulfed the Sinai Peninsula after the ousting of Egyptian President Hosni Mubarak, when local militants drove out the country’s security forces. IS-IP escalated its campaign after the Egyptian military removed former president Mohamed Morsi from power in 2013. Since pledging allegiance to IS in 2014, the group is believed to have received arms and funds from IS central command. There is some debate over the group’s alleged links to the Muslim Brotherhood, with some claiming that IS-IP is a militant wing of the Brotherhood. There have also been suspicions of IS-IP working in coordination with Hamas or other groups active in Gaza through Egypt-Gaza smuggling channels. 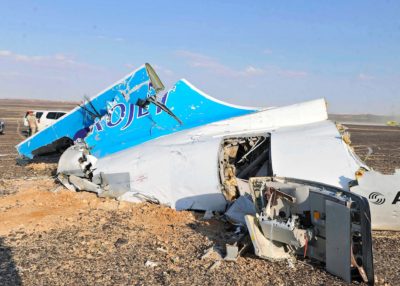 IS-IP is believed to have a few hundred to a thousand fighters. Many of these undergo prolonged ideological and military training, so the group may have several more (albeit inactive) fighters at its disposal. The group is led by Abu Osama al-Masri. ABM managed to bring together several dormant or active jihadi cells in Egypt under a single command. The group also saw the need to gain local support, and made efforts to integrate into local communities – these characteristics have been incorporated into IS-IP as well. It is unclear, though, how much of ABM’s structure has been incorporated into IS-IP. ABM made use of several local cells in areas outside the Sinai such as Cairo, Giza, Islamiliya and Fayoum, which all functioned under regional commands. However, attacks carried out by the group in the Cairo area suggest that the group still has some active cells operating outside the Sinai. IS-IP is believed to have been funded by Egyptian businessman Muhamamed Ahmed Adawi al-Shalbaya, who reportedly sent money from Saudi Arabia.

Apart from some ambushes using light arms, IS-IP primarily uses IEDs. The group famously downed a passenger jet in 2015, when an IED exploded on board Metrojet Flight 9268, killing all 224 civilian passengers and crew.

The Revolutionary Armed Forces of Colombia, or FARC, was established in 1964 and has since grown to prominence as a powerful guerrilla organisation fighting against the Colombian government. Current leader Rodrigo ‘Timochenko’ Londoño has been in command since 2011. The group was believed to have more than 7,000 fighters in 2014. Throughout its history, FARC has received funding and support from the Cuban government as well as from the government of Venezuela under Hugo Chavez. However, both countries have also been instrumental in assuring that peace talks between FARC and the Colombian government have occurred.

Originally fighting for land reform, FARC integrated itself into rural Colombia by providing education and medical services to the local population. As a means of obtaining funds, the group turned to kidnapping and the drug trade in the 1970s. This warranted both a national and an international response. In the 1980s, many wealthy landowners formed paramilitary forces in the Colombian countryside to counter FARC influence. These forces were responsible for the killing of innocent civilians who were believed to be FARC supporters. Despite the violence, the Colombian government and FARC held peace talks sporadically from the 1980s.

This changed in the early 2000s, when newly elected president Álvaro Uribe delivered on his promise to strike back violently against FARC. This campaign heavily weakened FARC, and new negotiations were initiated by President Juan Manuel Santos in 2012. The talks culminated in a peace agreement between the government and FARC in the summer of 2016. However, the deal was unexpectedly rejected by a narrow margin in a nationwide referendum on October 3, leaving the peace process in a state of uncertainty. According to AOAV’s data, FARC killed and injured 294 people between 2011 and 2016.

[i] Barak Barfi, Yemen on the Brink?: The Resurgence of Al Qaeda in Yemen,” New America Foundation, January 2010, 2.