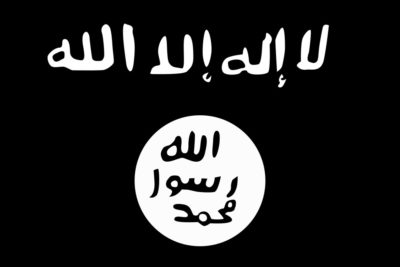 Al-Shabaab grew out of the Somali Islamic Courts Union in the mid-2000s. Although originally more nationalist in ideology, the group was established as a Salafi-jihadi group made up of mainly Afghanistan- and Iraq-trained Somalis. Since 2012 they have been allied with al-Qaeda. The group has been approached by IS, which is calling for it to switch alliances, something that has caused internal conflict within the group.

The group is led by Ahmad Umar Abu Ubaidah, who took over the leadership in 2014 after Ahmad Abdi Godane was killed in an airstrike. Umar is seen as a loyalist to Godane’s thought, whereas deputy Sheikh Mukhtar Robow frequently fell out with the former leader. The group has a vigorous middle management tier whose identities are virtually unknown, which according to a Somali intelligence official makes it possible for al-Shabaab to replace assassinated leaders without any negative PR consequences.[i]

Al-Shabaab mainly target the Federal Government of Somalia (FGS), civilians and the African Union’s peace-keeping mission in Somalia (AMISOM). In recent years, the group has started carrying out attacks in Kenya, including attacks on the Westgate mall (killing 67) and Garissa University (killing 152). In fact, Umar’s first six months in charge of al-Shabaab saw more Kenyan deaths than Godane’s entire term, and attacking Kenya has been described as one of Umar’s prime motivations. Lately there have been suggestions that the group is in decline due to US drone strikes as well as Somali counter-terror efforts. However, the group has continued to carry out IED attacks throughout 2016. There have also been more than 100 IED attacks in Somalia and Kenya over the past five years by unidentified perpetrators, in which al-Shabaab are highly likely to have been involved.

Al-Shabaab announced in 2011 that they would return to guerrilla-style tactics, and IEDs have since been used as part of this wider strategy, especially for attacks on AMISOM or FGS forces. Al-Shabaab have even to some extent pioneered forms of IED manufacturing – for example, the innovation of placing IEDs in laptops, thus concealing them from airport security. This occurred in February 2016, when an IED exploded on a flight from Mogadishu to Djibouti, killing no one except the perpetrator but forcing the plane to return to Mogadishu. On March 7, another laptop bomb exploded at Beledweyne airport, injuring six people in an attack that al-Shabaab were suspected to have carried out. This in some ways reflects al-Shabaab’s growing ambitions, as the group has moved on from mainly attacking Somali government targets to targeting civilians on a much larger scale, as well carrying out attacks in Kenya.

Al-Shabaab have been known to use IEDs strategically against AMISOM and Kenyan Defence Forces (KDF). After retreating during offensives launched against them, they reportedly have a tactic of attacking swiftly and cutting off their enemies’ supply lines, enabling al-Shabaab operatives to seize large quantities of weapons and explosives. Somali Foreign Minister Abdeslam Omer has suggested that the chaos in Yemen is spilling over into Somalia, including foreign fighters coming to Somalia and bringing sophisticated skills with them. We may therefore see more IEDs being used in Somalia in the coming months and years.

Besides the group’s relationship with al-Qaeda in Yemen, there have also been allegations of state sponsorship of al-Shabaab’s activities. Eritrea has supplied arms and training to al-Shabaab as a means to destabilise Ethiopia. The Somali government has also accused Qatar, Saudi Arabia, Yemen and Iran of sponsoring al-Shabaab.