One of first major anti-Assad rebel groups to form after the Arab Spring, the FSA has backing from major foreign powers such as the US, UK, and Saudi Arabia. Despite having suffered losses and desertions to Islamist groups, the FSA is still considered the biggest and most secular of the rebel groups fighting Bashar al-Assad’s government. It reportedly consists of 27 larger factions, most averaging around 1,000 fighters. This counters claims from journalists and Syrian military personnel on the ground stating that the group is de facto non-existent. Some divisions have reportedly carried out joint attacks with Ahrar al-Sham and Jabhat al-Nusra in 2016.

In 2014 several Yemeni militants pledged allegiance to IS, which initiated the establishment of a Yemeni IS branch. IS Yemen Province has, like AQAP, been able to profit from the chaos and vacuum that has followed in the conflict between government forces and Houthi rebels. Given IS’ vicious anti-Shia rhetoric, they have further exacerbated the sectarian aspect of Yemen’s war, targeting Shia mosques and other symbols affiliated with Shia Islam. IS Yemen Province has also carried out several explosive attacks, for example in May 2016 when a double suicide bombing in the Hadhramaut region killed 47 people.

IS Yemen Province is believed to have around 300 fighters, and is divided into sub-provinces. IS operates in 10 out of Yemen’s 21 governorates. The group is led by Abu Bilal al-Harbi, a Saudi scholar of Islamic law. His role has been described as running the daily provincial affairs as well as to build support for the group among the Yemeni population. There have been accusations that supporters of former President Ali Abdullah Saleh’s regime are backing the IS expansion, seeking to shuffle the cards on the Yemeni scene. However, this appears to be nothing more than unfounded political mudslinging.

The Movement for Oneness and Jihad in West Africa, known by its French acronym MUJAO, was founded as an offshoot of Al-Qaeda in the Islamic Maghreb (AQIM) by Mauritanian and Malian members, as an attempt to drive the groups’ ambition further into West Africa. The group was heavily involved in the Malian uprising which began in 2012. One faction of the group joined Mokhtar Belmokhtar’s group and formed al-Mourabitoun in 2013, whereas other members regrouped under the Macina banner in 2015. The group has mainly carried out IED attacks in Mali, but also in other Sahel countries such as Niger.

Ansarul ul-Mujahideen was founded in 2013, and is closely linked to Tehrik-i-Taliban Pakistan (TTP). They mainly operate out of North Waziristan in Pakistan, and predominantly attack government forces. A majority of its fighters are ethnic Uzbeks.

The People’s Liberation Army of Manipur (PLA) is an armed organisation fighting for the independence of the Indian province of Manipur, and has been active since the 1970s. It has mainly waged guerrilla warfare against the Indian army, and has increasingly used IEDs to target army personnel.

Al-Qaeda in the Islamic Maghreb (AQIM)

AQIM grew out of the ultra-violent Armed Islamic Group (GIA) – by many seen as a historical predecessor to IS – that was active during the Algerian Civil War in the 1990s. The group was officially founded in 2007, and is led by Algerian jihadi Abdelmalik Droukdel. AQIM has previously been affiliated with groups such as al-Mourabitoun, led by the infamous Mokhtar Belmokhtar, who broke away from AQIM in 2012 but has since carried out attacks with the assistance of AQIM. Some observers have also gone as far as stating that al-Mourabitoun have since re-joined AQIM. However, in October 2016 an IS publication allegedly accepted a pledge of allegiance from a strand of al-Mourabitoun, whereas Belmokhtar declared that he was still loyal to AQIM, so the level of cooperation remains unclear. AQIM has a Tunisian faction called the Uqba bin Nafi battalion. Unlike many other al-Qaeda affiliated groups, AQIM sees primarily France, not the United States, as the most important ‘far enemy’, and this is likely a result of AQIM’s parent organisations’ harsh anti-French sentiments as well as direct clashes with the French army during the 2012 Mali Tuareg rebellion.

Although primarily an Algerian group, members originate from all over West Africa and the Sahel. AQIM carried out an attack on a resort on Grand Bassam, Ivory Coast, in March 2016, and were involved in the hotel attacks in Mali in November 2015 and Burkina Faso in January 2016 through their al-Mourabitoun affiliates, indicating the regional ambitions of the group. They mainly attack Algerian and Malian security personnel, and have specialised in the kidnapping of foreigners. According to some statistics, they have carried out more than 100 attacks in West Africa in 2016, and there have been reports that they are cooperating with Ansar Dine and MUJAO, as well as al-Shabaab, AQAP and Boko Haram. There have not been any direct links made between AQIM and state actors; although observers have noted that there has been an unwillingness among North African and Sahelian states to fully eradicate AQIM as their existence gives several states, primarily Algeria, a pivotal role in the international war on terror. 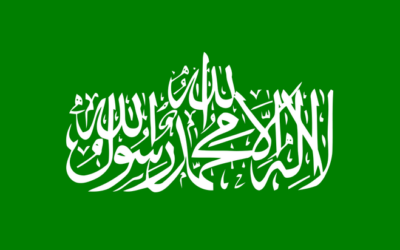 Founded in the late 1980s as an attempt to establish an Islamic state in Israel and Palestine, Hamas has been governing the Gaza strip since 2007. They have targeted both Israeli civilian and military targets. They have used IEDs, which may be partly because the blockade on Gaza makes it difficult to get access to conventional weapons.

Although Jamaat-ul-Ahrar reportedly broke away from the Tehrik-i-Taliban Pakistan (TTP) in 2014, there is confusion over whether or not (and the degree to which) the group is still connected to the Pakistani Taliban. There have also been reports that the group has pledged allegiance to IS. On Easter Sunday 2016, they targeted a Christian community in Lahore, killing 70 in a suicide attack.