A Balochi nationalist group, the United Baloch Army (UBA) has broken away from the Balochistan Liberation Army (BLA). the UBA has been responsible for several attacks in the Pakistani region of Balochistan. In May 2015, they executed 20 Pashtun people in the Baloch district of Mastung, and the group has continuously employed IEDs and other explosive devices to attack Pakistani army personnel.

JTMM grew out of the Maoist Communist Party of Nepal, and are fighting for the independence of the Terai region. The group presents itself as a legitimate political party. Although JTMM have been accused of human rights violations, they are not listed as a terrorist organisation, and have not carried out an attack since 2013.

Lashkar-e-Islam emerged as a sectarian armed jihadi group in the mid-2000s, mainly targeting Shia, Barelvis and Pakistani military in the Khyber region of Pakistan. Despite longstanding quarrels with the Tehrik-i-Taliban Pakistan (TTP), they joined them in 2015.

Formed in 2009 in the Meghalaya province by Pakchara R Sangma after he deserted the police force, the GNLA is fighting for a separate ‘Garoland’ in northeastern India. GNLA have been able to take advantage of the porous border with Bangladesh, and the group mainly carries out attacks against the local police forces.

Established in the late 1970s, ULFA (United Liberation Front of Assam) aims to establish an independent state in the Assam region in northeastern India. The group has been known to attack both military and civilian targets.

Lashkar-e-Balochistan (LeB) was created as an offshoot to the Balochistan Liberation Army (BLA). Listed as a terrorist organisation by the Pakistani government in 2006, the group mainly carries out attacks targeting Pakistani military and police forces.

Jaysh al-Islam is the result of a merger between around 50 units, most notably Liwa al-Islam, and is a militant Salafi group that is based and operates in the Damascus and Ghouta areas in Syria. The group is said to be backed by Turkey and Saudi Arabia, and briefly joined the Islamic Front, although it reportedly currently operates as a separate entity.

Jaysh al-Islam’s goal is to oust Syrian President Bashar al-Assad, and they mainly target the Syrian government and military personnel.

Founded by veteran jihadi and former Afghan Prime Minister Gulbuddin Hekmatyar, HIG was part of the Afghan anti-Soviet resistance movement in the 1980s. Being side-lined by the Taliban, the group re-emerged as a relevant force after the US invasion in 2001. The group mainly targets US or Western military personnel, and has consistently used IEDs to attack US military staff. 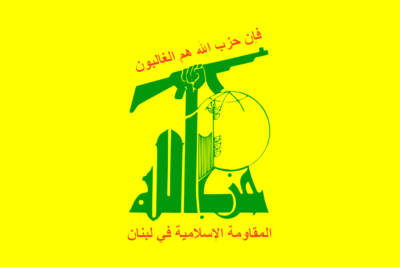 Founded as a response to the Israeli occupation of southern Lebanon during the Lebanese Civil War (1975-1990), Hezbollah is a Shia Islamist organisation. Although Hezbollah is considered a terrorist organisation by many, it has successfully evolved into a political party and has one of the region’s best trained militias. They have been heavily involved in the Syrian Civil War, where they are fighting together with government forces. They have also conducted operations with the Lebanese army on the Syrian border. Hezbollah occasionally attacks Israeli military targets, and has been known to use IEDs on these occasions.

Formed in 2015, after militants led by Rustam Asildarov left the Caucasus Emirate Group and pledged allegiance to IS, the Caucasus Province has carried out attacks against Russian military bases as well as against civilian targets. IS Caucasus Province mainly operates between the Black Sea and the Caspian Sea, and has subdivisions in Dagestan, Chechnya, Ingushetia and Kabardino-Balkaria. The group has their own Russian language media-wing. Although the group’s size is unknown, Russia is wary of some of the hundreds or perhaps even thousands of Russians fighting for IS in Syria and Iraq coming home and providing strength and experience to the Caucasus wing.[i]

The Revolutionary People’s Liberation Party/Front, also known by its Turkish acronym DHKP-C, is a leftist armed organisation founded in the mid-1990s. The group is classified as a terror organisation by the United States and the European Union, and has carried out several assassinations and suicide bombings, most notably the bombing of the US Embassy in Ankara in 2013.

Jabhat al-Islamiyya, or Islamic Front, is the result of a merger between several militant Salafi groups fighting to overthrow Bashar al-Assad’s government in Syria. Member groups include organisations such as Ahrar al-Sham and Jaysh al-Islam.

The Informal Anarchist Federation is an Italian anarchist group active since the beginning of the 2000s. The group has targeted EU institutions and politicians. Groups using the same name have claimed arson attacks in Russia, Argentina, and the United Kingdom. 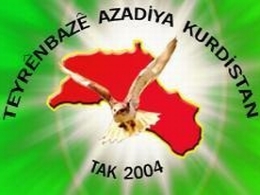 TAK, also known as the Kurdistan Freedom Falcons, is an offshoot to the PKK, and has openly expressed dissent with PKK regarding the latter’s willingness to engage in dialogue with the Turkish government. Although the PKK claims not to have any control over the TAK, many analysts see this as very unlikely. Questions have arisen over their relationship after the two separate bombings in Ankara in February and March 2016, which were both claimed by TAK but believed to have PKK involvement as well.

Abdullah Azzam Brigades (AAB) was formed in 2009 as an offshoot to al-Qaeda in Lebanon. The group is named after al-Qaeda co-founder and Osama bin Laden’s mentor Abdullah Azzam. AAB started working in Pakistan in 2009 as an offshoot to al-Qaeda in Iraq, under the leadership of Saleh al-Qaraawi. When al-Qaraawi was arrested by Saudi authorities in 2012, Saudi national Majid bin Muhammad al-Majid took over the leadership. However, he was arrested by Lebanese security services in 2015. A year later, spiritual leader and successive leader, Siraj din al-Zureiqat was reportedly killed by Hezbollah in Arsal. AAB has four main branches: the Lebanese Branch (occasionally called Ziyad al-Jarrah Battallion), the Gaza Branch (called Marwan Haddad division), the Arabian Peninsula Branch (Yusuf al-Uyayri Battallions) and a media branch called al-Awzaey Media Foundation. Although AAB initially cautioned against using violence at the start of the popular protests in Syria, the group has inevitably been sucked into the conflict as it has spilled over into Lebanon. One of AAB’s aims is to reduce Shia influence in Lebanon (symbolised by Hezbollah), and these sectarian tensions have become stronger due to the sectarian dimension of the Syrian War. AAB’s bombing of the Iranian Embassy in Beirut in 2013 that killed 23 people is indicative of this.

Also known as the Turkestan Islamic Movement, this armed jihadi organisation is fighting for the independence of East Turkestan from China. Many of its members are made up of the Turkic Uighur minority, and its aims are both Islamist and nationalist. The group also has a Syrian branch which is active in the Syrian Civil War.

The National Liberation Army, known by its Spanish acronym ELN, is a revolutionary leftist Colombian guerrilla organisation founded in the 1960s. The group specializes in kidnappings and extortion, and has recently turned to drug trafficking. ELN has attacked both military personnel and natural resource companies. The ELN was not partner to the peace agreement reached by the Colombian government and FARC earlier this year.

Based in Indonesia, JI aims to establish an Islamic State comprising southern Thailand, Malaysia, Indonesia, Singapore, Brunei and the southern part of the Philippines. Formed in 1993, they are said to have links to al-Qaeda and the Taliban. Some observers have described them as al-Qaeda’s South East Asian wing, whereas others see the groups as allied in theory only. JI was responsible for carrying out the 2002 Bali nightclub attack that killed 202 people. JI has ties to other Islamist groups operating in Indonesia and broader South East Asia. These groups include Jamaah Anshurat Tauhid, Front Pembela Islam, Majelis Mujahidin Indonesia, KOMPAK, Lashkar Jundullah and Majelis Dakwah Umat Indonesia. The use of training camps in the Philippines Mindanao province also helped them establish a relationship with the MNLF. JI also reportedly has ties to Abu Sayyaf.

Individuals Tending to Savagery (ITS)

A Mexican anarchist group, ITS has carried out attacks against scientists in Mexico as a protest against the proliferation of nano-particles, believing this will create a man-made apocalypse. They have used IEDs in letter bombs that were sent to scientists.

Liwa Ahrar al-Sunna Baalbek, also known as the Free Sunnis of Baalbek Brigade, is a Lebanese Salafist movement which carried out its first action in 2013. The group has heavily criticised Hezbollah with sectarian language, and was involved in the killing of senior Hezbollah operative Hassan al-Laqqis. The group is believed to have ties to the Abdullah Azzam Brigade.

Also known by its acronym JAK, this group has its origins in the North Caucasus area, but is reportedly based in the Afghani-Pakistani border region. They are reportedly linked to al-Qaeda and the Haqqani network, and have carried out attacks on Kazakh military and police.