Aisha Umm al-Mumineen (Aisha, Mother of the Faithful), also known as the Brigades of Aisha, is a Lebanese Sunni extremist group. Their only known attack in the last five years was an IED bombing in Beirut in August 2013, targeting a Hezbollah stronghold because of their involvement in the Syrian Civil War.

Formerly associated with Tehrik-i-Taliban Pakistan (TTP), Jundullah broke away and pledged allegiance to IS in 2014. The group has a history of targeting Shia and Christians in Pakistan, and killed 127 people when they targeted the All Saints Church in Peshawar in September 2013 with a suicide attack.

This Adivasi militant group was active in the Assam region in northern India, and had strong ties with the United Liberation Front of Assam (ULFA). They mainly specialised in kidnappings, and exploded an IED on a railway track in 2011 which injured almost a hundred people. The group laid down arms in 2011.

Often acronymised as HuJI, Harkat-ul-Jihadi al-Islami is a Deobandi Sunni militant group with the stated goal of incorporation of Jammu and Kashmir into Pakistan. The group is based in Pakistan, but mainly carries out attacks in India. In 2011, they used an IED to attack the High Court in Delhi, killing 15 and injuring more than 40 people.

Widely seen as closely linked to TTP and tasked with carrying out their Karachi operations, the al-Mukhtar group bombed a gambling den in Karachi in April 2011, killing 19 people.

Ahrarul Hind broke away from the TTP in 2014 as a rejection of the peace talks between the Pakistani government and the TTP. In March 2014, they claimed responsibility for an IED attack on a Frontier Corps vehicle in Quetta, together with the United Baloch Army.

Jaysh al-Rijal al-Tariqa al-Naqshbandia (Army of Men of the Naqshbandia Order), abbreviated JRTN, are also known as the Naqshbandi Army. They are an armed group made up primarily of former Iraqi Baathists and Saddam Hussain supporters. The group was previously led by Saddam Hussein’s right hand man Izzat Ibrahim al-Douri, and largely subscribes to a Sufi interpretation of Islam.

Yakariya Bango is a Thai insurgent group, whose only known attack was when they used an IED to bomb a market on 21 September 2009 in the Sai Buri district in Thailand, killing six people and injuring 40.

Created in 2008 as an offshoot to Jemaah Islamiyah (JI), JAT aims to establish an Islamic caliphate in Indonesia and has mainly attacked Indonesian military personnel, state officials and civilians. In 2014, the group officially swore allegiance to IS, something which is said to have caused rifts within the group.

Mara 18, also known as the 18th Street Gang, is a multi-ethnic street gang originating from Los Angeles that has factions across Central America. In January 2011, they carried out a bus bombing in Guatemala City using an IED that killed 6 people.

Closely linked to both the Afghan Taliban and the TTP, the Haqqani network have certainly been involved in more than 1 incident, but have officially only been attributed with carrying out the truck bombing that killed 5 Afghan civilians and wounded 77 US soldiers, in September 2011 in Kabul. The Haqqani network grew out of the anti-Soviet campaign in Afghanistan in the 1980s, and its founder Jalaluddin Haqqani was an associate of Osama bin Laden. The group is considered the most lethal group targeting US and foreign soldiers in Afghanistan. They are mainly based in Pakistan.

CorCom, an abbreviation of Coordination Committee, is an umbrella organisation consisting of several Manipur-based insurgency groups in northeastern India. Some of its member groups are the United National Liberation Front (UNLF) and the People’s Liberation Army (PLA).

The Karen National Union is a political organisation with an armed wing, who at first struggled for independence for the Karen minority in Burma, but since 1976 have demanded a federalised system.

A Nepalese militant group, the Unified National Liberation Front (UNLF) claims to fight for the rights of indigenous people, and carried out an IED attack in Kathmandu in February 2012.

This TTP-affiliated group is led by former Hizbul Mujahedeen leader Mast Gul, who was involved in fighting Indian security forces in Kashmir in the 1990s. In February 2014, they carried out a suicide attack outside the Iranian consulate in Peshawar.

The RSS is a right-wing Hindu nationalist organisation that is widely seen as the parent organisation of India’s ruling BJP party. In January 2016, they carried out an IED attack on members of the Communist Party of India.

Lashkar-e-Taiba is an Indian Islamist group fighting against Indian control of Jammu and Kashmir. The group does not use suicide bombings, as they see it to be against Islam. They have historically held close ties with al-Qaeda.

Known by its Spanish acronym, the EPP is a communist guerrilla group operating in northern Paraguay aiming to overthrow the Paraguayan government. The group detonated an IED outside Horqueta police station in January 2011, injuring 4 people.

Conspiracy of Cells of Fire (SPF)

A Greek anarchist organisation founded in 2008, Cells of Fire has targeted both government and police personnel.

The LVF is an Ulster loyalist paramilitary militia formed in the 1990s that mainly killed Catholic civilians during the last days of the Troubles in Northern Ireland. In February 2013, they detonated an IED outside a family’s home in Belfast.

Mukta Alimama is a Thai insurgency group previously led by Mukta Alimama, who was killed in 2014. Their only confirmed IED attack was in July 2012, when they detonated an IED near an ATM machine in the Yala region in Thailand.

GATIA is the French acronym for the Self-Defense Group of Imghad Touaregs and Allies, a militant organisation that emerged during the Malian crisis of 2012. GATIA is a Touareg group opposing the MNLA, who are another Touareg group fighting for the liberation of Mali’s Azawad province. GATIA seeks to work with the Malian government and to prevent the break-up of the country. The group targeted the MNLA with an IED in January 2015, killing 15 people.

Formed as a protest against the imprisonment of ‘The Blind Sheikh’ Omar Abdul Rahman, the man behind the 1993 World Trade Center Bombing, this group carried out a bombing against the US consulate in Benghazi in 2012 using an IED. There were no casualties in the attack.

Formed in the early 2000s, the JMB aims to establish an Islamic State in Bangladesh by force. Extreme in ideology, it has attacked religious and cultural sites, as well as government officials.

Often claiming to be the ‘original’ Manipur independence group, PREPAK was established in the 1970s with the aim of creating an independent Manipur state through force. The group is a part of CorCom, and has existing contacts in both Burma and Bangladesh. 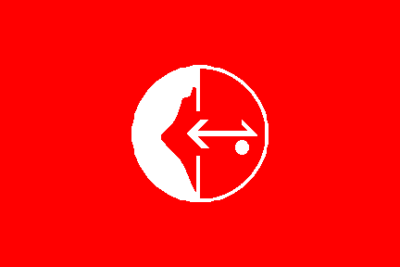 Popular Front for the Liberation of Palestine (PFLP)

The PFLP was formed after the Six Day War in 1967, and gained fame when it hijacked an Air France plane in 1976. Established as a leftist revolutionary group, the PFLP soon saw itself surpassed in relevance by groups like Fatah and Hamas. Their armed wing is called the Abu Ali Mustafa Brigades, and they are the second largest member organisation of the Palestine Liberation Organisation (PLO).

A little-known Syrian rebel organisation, whose name means “Shield of the Capital”, who in November 2013 detonated an IED and killed 31 Syrian army personnel including 4 generals, outside of Damascus.

An armed leftist group, which has been described as an offshoot to the Communist Party of India (CPI). Their only attack was on 25 March 2014 when 3 police officers were injured as they hit one of the PLFI’s land mine IEDs.

The PRC was created by former Fatah members dissatisfied by the conciliatory approach taken by Fatah and the PLO towards Israel. The group is active in the Gaza strip.

Ahrar al-Sham was established by former prisoners of the Assad regime, who were released at the start of the Syrian uprising in 2011. They have primarily carried out attacks against the Syrian army, and were allied with Jabhat al-Nusra. They are reportedly one of the first groups to have used IEDs in the Syrian conflict, and have since 2014 started attacking IS. Following a Salafi doctrine, Ahrar al-Sham is generally seen one of the best-armed rebel groups in Syria. Unlike other Salafi groups, they have expressed that their campaign is limited to Syria and that they do not aim to establish an Islamic caliphate. They oppose IS, and have been described as sympathetic to al-Qaeda, although there is no evidence of a formal alliance between the two. The group has held a leading role in three different Syrian umbrella organisations: the Syrian Islamic Front (SIF), the Islamic Front and the Jaysh al-Fateh. They often absorb groups from such coalitions if they fall apart, as happened with the SIF. Ahrar al-Sham is also part of the Jaysh Halab, a rebel coalition active in Aleppo. Turkey, Qatar and Saudi Arabia have all financially assisted Ahrar al-Sham. The group is led by Abu Yahia al-Hamawi.

The Vanguard for the Protection of Muslims in Black Africa, known by its abbreviated Arabic name Ansaru, is a Nigerian Salafi-jihadi group. It was created as an offshoot to Boko Haram, as the Ansaru leadership disagreed with Boko Haram’s killing of Muslims. It has been suggested that the group is linked to AQIM.

Created as a protest against the TTP, the Momin Afridi Group is mainly active in the Khyber province of Pakistan.

Created as a response to the IS occupation of Mosul in 2014, and remains active today as a guerrilla force within the city.

These two Greek anarchist groups together detonated an IED at a shopping centre in Athens in January 2013, claiming the attack was a protest against capitalist values.