Understanding the regional and transnational networks that facilitate IED use
Facebook80TweetLinkedInPinEmail 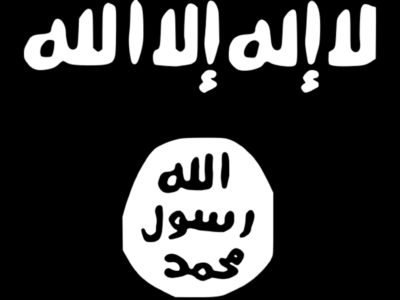 Islamic State in Syria and Iraq grew out of the chaos that followed the US invasion of Iraq, and has al-Qaeda in Iraq (AQI) and Islamic State in Iraq (ISI) as its predecessor organisations. IS has, at the time of writing, declared provinces in Syria, Iraq, Egypt, Libya, Algeria, Yemen, Saudi Arabia, Nigeria, Afghanistan, Pakistan and the North Caucasus. Besides carrying out attacks in most of these countries, they have also claimed responsibility for, or have been said to inspire, attacks in France, Belgium, the United States and Turkey. The group’s global appeal and unprecedented territorial gains have made them a challenging enemy for both counter-terrorism units and rival terror groups.

Given that IS controls unprecedented swathes of territory and runs a complex operation, it is difficult to give a comprehensive account of its history, mode of operations and tactics. However, specific tactics in regard to IED usage, funding, and foreign backing will be discussed at length later in this report.

As far as leadership structure is concerned, Islamic State is run by several councils that complement the leadership of Emir Abu Bakr al-Baghdadi: the Shura Council, the Military Council (MC), the Security and Intelligence Council (SIC), the Sharia Council and the Media and Communications Council. There is also a general cabinet that includes ministers with different portfolios. The Shura Council is the overarching body for the other councils. It consists of between 9 to 11 members (mainly Iraqis) and is an advisory body that approves the emir’s appointments. It has the power to remove the emir and appoint a new one should he fail in his duties. The Shura Council basically brings together the heads of the other councils. For example, the Head of the Military Council (believed to be Abu Ahmad al-Alwani, although he has also been reported dead by some sources) and the Head of the Sharia Council (Turki al-Binali) both hold places on the Shura Council. The now deceased Abu Muhammad al-Adnani (former chief spokesman) was also on the Shura Council. In October 2016, Jordanian media reported that Jordanian national Omar Mahdi Zeydan had been appointed head of the Shura Council, the first non-Iraqi to hold such a high position within the organisation.

Despite the Shura Council’s hypothetical authority, it is the Military Council that is believed to be the real powerhouse within the organisation. It is important to highlight the strong Baathist influence in the MC, both historical and current. Ever since the establishment of the MC, each of its leaders, with only one exception, has been a former Baathist officer. Interestingly, the MC includes an ‘explosives minister’ in charge of the group’s IED tactics. This minister has been identified as Khairy Abed Mahmoud al-Taey, better known by his nom de guerre Abu Kifah, of whom almost nothing is known.

Besides this organisational structure, IS has a wide reach through its cooperative partner groups, most of which have been incorporated as wilayat (provinces). These groups include Boko Haram (officially called Wilayat Gharb Ifriqiyah – IS West Africa Province), Ansar Bayt al-Maqdis (now known as Wilayat Sinai – IS Sinai Province), Islamic Youth Shura Council (Wilayat Barqa – IS Libya) and Caucasus Emirate (Wilayat al-Qauqaz – IS Caucasus Province). In Yemen, too, IS has managed to rally a collection of local militant groups under its flag. Similarly, the group’s attempt to establish itself in Afghanistan (Wilayat Khorasan) has employed several militants previously engaged with the Taliban and the Tehrik-e-Taliban Pakistan (TTP).

With regard to IEDs, IS has been reported to manufacture and deploy IEDs on a ‘quasi-industrial scale’ that requires networks and cross-border trade. In a recent report, Conflict Armament Research identified 51 companies in 20 different countries that had sold products used in IS’s IED manufacturing. Most of these products were available without licence or permit, and the report highlighted the speed with which IS was able to obtain these products. Occasionally these products have shown up among IS forces less than a month after being purchased, despite being shipped from the other side of the world.  Some analysts go as far as labelling IS’s IEDs as ‘industrial explosive devices’. Part of this industrialisation of bomb-making is due to the fact that IS uses minority groups, such as Yazidis, as bomb-makers in large factories. Given that many of the IEDs that IS manufactures in Syria and Iraq are quite similar, it is believed that production is centralised and bombs thereafter distributed across its areas of control.

The fact that both Syria and Iraq, before their respective wars, imported huge amounts of arms, that were stored in countless unsecured or unknown sites run by their armed forces, has been a major contributing factor to the scale of IED production and subsequent destruction in recent years. The issues surrounding unsecured munitions were immediately apparent following the US-led invasion of Iraq. One of the most significant proliferation instances involved the theft of 342 tonnes of HMX, RDX and PETN high explosives from the Al-Qaqaa weapons depot south of Baghdad. The chaos and circulation of weapons and precursor materials, particularly in Iraq, is something that IS has been able to exploit.

A 2015 study by researchers at Arizona State University revealed important findings about IS’s IED strategy. Examining the group’s operations in Syria and Iraq between June and December 2014, the researchers were able to identify several patterns to IS’s usage of IEDs. One of the most crucial conclusions was that IS appears prone to employing suicide vehicle-borne IED (VBIED) operations in Baghdad prior to significant infantry operations in other locations, so as to prevent swift deployment of Iraqi army/police reinforcements in response. There was also a link made between coalition airstrikes against IS and increases in IED usage the following week, suggesting that airstrikes lead IS to resort to ‘more distributed insurgent-style tactics’.

IS’s usage of armoured vehicle-borne IEDs was also addressed. Armoured VBIEDs have many strengths, as they are less vulnerable while also being mobile.  IS has been able to perfect its use of armoured VBIEDs to the point where it does not simply use one at a time, but has been known to use up to 30 armoured VBIEDs at once. This was seen during IS’s capture of the Iraqi city of Ramadi in May 2015. During its offensive, IS launched a bulldozer packed with explosives toward the city’s security perimeter, obliterating it and allowing around 30 more armoured VBIEDS into the city.

During the Mosul offensive that is taking place as this report is being written, it has become apparent how IS uses IEDs as landmines after retreating, hiding IEDs in everyday objects such as stuffed toy animals, decks of playing cards, and piles of rubble and garbage.