Understanding the regional and transnational networks that facilitate IED use
Facebook41TweetLinkedInPinEmail 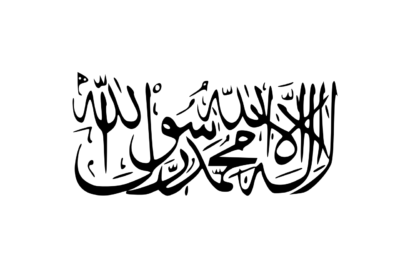 The Taliban came to prominence in the mid-1990s, when the group swiftly seized control of many of Afghanistan’s provinces.[i] Although the group lost ground following the US invasion of Afghanistan in 2001, there were still a reported 60,000 Taliban fighters in 2014. This is despite estimates that around 30,000 Taliban may have been killed following the invasion. Moreover, in 2015 the United Nations stated that the Taliban’s reach in Afghanistan was at its widest since 2001. Blending strict Deobandi (a conservative revivalist interpretation of Sunni Islam found predominantly in Afghanistan, Pakistan and Bangladesh) fundamentalism with local Pashtun tribal codes, the Taliban has a long history of using IEDs in its insurgency against Soviet, NATO and Western forces.

The current leadership is said to feature, as deputies to Akhundzada, Mullah Mohammad Yaqoub (the eldest son of Taliban founder and first leader Mullah Omar) and Siraj Haqqani, who has also been identified as leader of the Haqqani network, a designated terrorist organisation. This has led Afghan intelligence to claim that the Haqqani network holds sway over the Taliban, and that the two should be treated as one organisation. The appointment of Mullah Ibrahim Sadar as new military chief in August 2016 has been seen as signalling a commitment to confrontation. However, some Afghan observers say Sadar has in fact been military chief since Mullah Akhtar Mansour took over the Taliban leadership, and given his prominent position within Taliban operational command since 2001 no significant change in tactics should be expected.

It is widely reported that the Afghan Taliban have received substantial support from Pakistan’s Inter-Services Intelligence (ISI) since its founding in 1994. Cooperation has been so intimate that there have been reports of ISI officials on the frontline with the Taliban, and Pakistan has been accused of harbouring top Taliban commanders. Despite actions such as Operation Zarb-e-Azb, aimed at expelling terrorists from provinces along the Afghan border, Pakistan is said to offer a safe haven for the Taliban’s and the Haqqani network’s respective leaders.

The Taliban have throughout their existence cooperated with several groups active in both Afghanistan and Pakistan. These include (among others) Hizb-i-Islami, Hizb-i-Islami Gulbuddin, Lashkar-e-Taiba, Jamaat-ul-Ahrar and Lashkar-e-Jhangvi. In August 2016 there were reports that the Taliban were forging an alliance with IS, although was mainly a matter to do with ad hoc ceasefire agreements enabling them to tackle US military efforts against both groups. The two groups have reportedly since clashed. The Taliban have throughout their existence cooperated with al-Qaeda, and the groups are still seen as enjoying good relations. The extent of some of the Taliban’s cooperation with smaller groups goes so far that it is in fact difficult to speak of them as one cohesive group, but rather as a collection of smaller units, such as the Haqqani network and Hezb-e-Gulbuddin, that together work under the larger umbrella term ‘the Taliban’. Although this report recognises the complexity and dynamic workings of the Taliban and its subgroups, it shall for simplicity’s sake refer to this collection of groups as ‘the Taliban’.

As part of their strategy, the Taliban have tried to operate on multiple fronts in order to stretch the under-resourced Afghan army. Foreign soldiers and aid workers have also been attacked, but the majority of attacks affect Afghan civilians. In the attacks that AOAV has been able to ascertain were perpetrated by the Taliban between 2011 and 2016 (reported in English language media), 1,661 civilians were said to have been killed. However, the true number of people killed by the Taliban is likely to be much higher. During the same period AOAV recorded as many as 928 IED incidents reported in English language media in Afghanistan alone for which no group was identified as being responsible, in which 5,831 civilians were killed or injured.

Notably, various kinds of fertilisers have been used by the Taliban to manufacture IEDs. Such explosives were predominantly made by ammonium nitrate fertilisers, but have in recent years been manufactured with potassium chlorate and particularly calcium ammonium nitrate (CAN). This made the Afghan government take action, outlawing ammonium nitrate-based fertilisers in 2010. However, this has not prevented the substance from being used in Taliban bomb-making. According to the Joint IED Defeat Organization (JIEDDO), 70% of IEDs in Afghanistan are made with CAN. The illegality of ammonium nitrate fertilisers has turned it into a lucrative smuggle commodity. Most of the CAN used in Taliban IEDs is manufactured in Pakistan, predominantly in the Punjab province, from which it is smuggled into the country both through illicit drug routes but also through border crossings. Several instances of CAN being smuggled into Afghanistan from Pakistan have been reported from the Torkham border crossing, for example. Smugglers often blend the fertiliser in cement, flour or laundry detergent to avoid detection, and middle-men transport the fertilisers to either militants or farmers in Afghanistan.

Attempts have been made to stop Pakistan producing fertilisers, but so far it has refused to do so. One of the manufacturers that have refused to terminate production of CAN is the Fatima Group, whose assets in the United States have been frozen due to their product’s involvement in Taliban IEDs. US officials have stated that enough CAN for 140,000 bombs was legally produced by Pakarab Fertilizers Ltd, a subsidiary to Fatima Group. According to one fertiliser dealer in Pakistan, wealthy Pakistani businessmen place orders for all fertilisers manufactured by Pakarab, selling the two safer varieties domestically and sending the CAN across the border to the Taliban. The lack of border security, law enforcement and a demand for fertilisers by farmers in Afghanistan make getting hold of fertiliser fairly easy for the Taliban.

There have also been reports of the Taliban being able to seize large quantities of military equipment left behind by NATO and US forces after their withdrawal from certain areas. Moreover, the Taliban managed to get their hands on 150 US military Humvees. Some of these stolen vehicles were used in VBIED attacks in February 2016 in southern Helmand Province, where six Afghan security personnel were killed.

The Taliban have used child soldiers, who have received training and been deployed in both the production and the planting of IEDs. In Kunduz province some of this training has taken place in Taliban-controlled madrasas, to which many children are sent because the Taliban cover the children’s expenses.