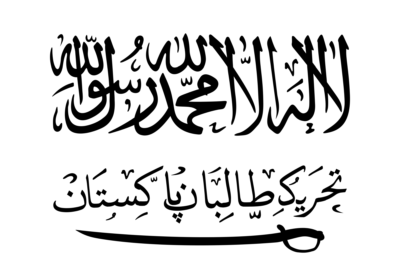 The Tehrik-i-Taliban Pakistan (TTP) has some elements in common with the Afghan Taliban, but is a rather different organisation in terms of aims and strategies.[i] The TTP serves as an umbrella organisation for several armed Islamic groups in Pakistan, and most armed jihadi groups in the country have some affiliation with the TTP.[ii] The organisation was founded in 2007 at a meeting of tribal elders representing more than 24 districts in the Federally Administered Tribal Areas (FATA) in northern Pakistan. It is by far the worst offender as regards IED attacks in Pakistan, and has killed almost 4,000 people through IED attacks in the past five years. Attacks have been carried out against schools and universities as well as Pakistani army and government buildings. Religious minorities have also been targeted with IED attacks, and the TTP often strikes in densely populated areas.

Like the Afghan Taliban, the group has its origins in the anti-Soviet resistance of the 1980s. The first emir of the TTP, Baitullah Mehsud, has admitted to direct al-Qaeda involvement in the group’s foundation.  Reports suggest that the TTP takes ideological guidance from al-Qaeda, and in return provide safe haven for al-Qaeda leaders and commanders, including Ayman al-Zawahiri. The TTP has strong links and probably overlapping membership with the Afghan Taliban.

Current leader Maulana Fazlullah’s tenure has seen significant infighting within the TTP, and many factions are reported to have switched allegiance to IS. There are questions as to how much power Fazlullah has, both because of the fact that he is not from the internally dominant Mehsud tribe, but also because the TTP does not run under a central command; its 35,000 or so fighters are simply held together by affiliation in a loose coalition. Besides the Taliban and al-Qaeda, the group has a close relationship with the Haqqani network, and is allied with other groups such as Lashkar-e-Jhangvi, Lashkar-e-Taiba and Sipah-e-Sahaba Pakistan.

Given its overlapping history with the Afghan Taliban, it is likely that Pakistani intelligence contributed both directly and indirectly to the rise of the TTP. However, the Pakistani military has since 2014 conducted the extensive military Operation Zarb-e-Azb, which successfully eradicated many TTP cells within the FATA region. Some observers are claiming, rather, that Afghan intelligence has provided support to TTP factions in the same way that Pakistan has been accused of aiding the Afghan Taliban. It should be noted that the TTP leadership is based in Afghanistan.

With ideological roots in Deobandi Sunnism, the TTP recruits heavily from radical madrasas in Pakistan, and has most of its bases in North and South Waziristan. Given its de facto function as an umbrella organisation for several jihadi groups, it is likely that the TTP is involved in a number of the 717 IED attacks committed in Pakistan by unidentified perpetrators over the past five years.

[ii] Yusuzai, Rahimullah. “A Who’s Who of the Insurgency in Pakistan’s North-West Frontier Province: Part One – North and South Waziristan”. Terrorism Monitor 6:18, 2008.