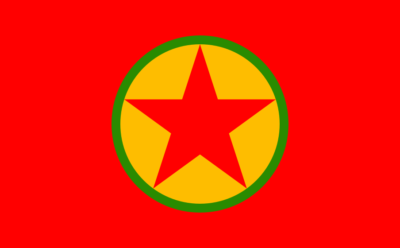 The PKK is a terrorist-listed organisation working for Kurdish self-determination in Turkey. Founded in the late 1970s as a radical leftist organisation, it is currently seen as one of the main internal threats to Turkish national security. Although the PKK have engaged in peace talks and ceasefires with the Turkish government on several occasions, the Syrian conflict has reignited hostilities between the parties. Turkey has been accused of targeting PKK positions in Syria under the guise of attacking IS (whom the PKK have also engaged in combat). The PKK is currently led by Cemil Bayik, who is one of the founding members of the organisation, although imprisoned former leader Abdullah Öcalan continues to exercise considerable influence from prison. Bayik is said to reside in northern Iraq.

The PKK’s membership is alleged to stand at around 7,000, but the group enjoys considerable support from sympathisers all over the world. Over the course of its existence, it is believed that the PKK has received support in various forms from Greece, Syria, Iran, Armenia, Cyprus and Russia – support without which the organisation would not exist today, according to experts. During the Ergenekon trial of 275 alleged coup plotters in 2013, evidence was put forward to indicate that the PKK received money and assistance from elements within the Turkish intelligence community in the 1970s and 1980s, and that a senior official in gendarmerie intelligence had frequent contact with Cemil Bayik. Given the PKK’s ongoing engagement in Syria, it is likely that the group has been able to benefit from international backing for the YPG (People’s Protection Unit) – the Syrian Kurdish faction that has been fighting IS in northern Syria.

Some of the attacks attributed to the PKK have simultaneously been attributed to its offshoot TAK, also known as the Kurdistan Freedom Falcons.  TAK has openly expressed dissent with the PKK regarding the latter’s willingness to engage in dialogue with the Turkish government. Although the PKK claims not to have any control over TAK, many analysts see this as unlikely. Questions have arisen over their relationship since two bombings in Ankara in February and March 2016 that were both claimed by TAK but are believed to have had PKK involvement too. According to AOAV’s data, the PKK’s and TAK’s explosive violence together caused 170 deaths and injuries in 2016, as reported in English language media, and more than 260 deaths and injuries over the past five years. The recent rise in attacks is part of the groups’ response to the Turkish government’s counter-insurgency drive.

Naxals, or Naxalites, is the armed wing of the Maoist insurgency group the Communist Party of India – Maoist (CPI). The two names are sometimes used interchangeably. With its roots in the West Bengal province in eastern India, the group is currently active in about a third of India’s 600-plus provinces, primarily in eastern and southeastern India. Naxals are often well incorporated within communities and consequently enjoy a high degree of local support. The group also claims to fight for equitable restructuring of land ownership and to aim to topple, by force, the ‘semi-colonial and semi-feudal’ form of rule deployed by India’s government. The Naxalite insurgency is believed to have claimed 300 lives in 2015, and has caused more than 150 deaths and injuries as a result of IED attacks between 2011 and 2016.

The Naxals have established efficient networks in urban areas through the group’s mass organisations. They also have a research and development programme in place for the development of sophisticated arms and ammunitions. In addition, the Naxals have an intelligence network that collates and analyses information as to the planning, movement and operation of the security forces. In its function as a political party as well as an armed organisation, the group has a party congress and central committee serving as its authoritative bodies. The Naxals’ Central Military Commission (CMC) meanwhile oversees nine sub-commissions, and even has an intelligence bureau. In order to effectively carry out operations, the Naxals have in recent years undergone a significant decentralisation process. The organisation is led by Muppalla Lakshmana Rao, more commonly known by his nom de guerre Ganapathy. Indian intelligence services have stated that the Naxals enjoy close relationships with other Maoist organisations in the Philippines and Europe.

The group has reportedly stepped up its IED attacks against Indian security forces in 2016, to some extent moving away from traditional guerrilla warfare. India’s intelligence services have called the Naxals the country’s biggest internal security threat. In 2013, the Naxals killed 17 people in an IED attack in Darbha valley, in which several of the victims were prominent Indian politicians.

As AOAV has previously reported, Jabhat al-Nusra was responsible for 41% of deaths in explosive violence in Syria between 2011 and 2015. In July 2016, Nusra announced that it was breaking away from al-Qaeda and renaming itself Jabhat Fateh al-Sham. However, as this report focuses on the timeframe prior to this announcement, the group will be referred to as Jabhat al-Nusra.

Jabhat al-Nusra, or Nusra Front, was formed in late 2011 when al-Qaeda in Iraq (AQI, a predecessor to IS) decided to organise jihadi cells in Syria. However, when IS leader Abu Bakr al-Baghdadi tried to merge AQI and Nusra under the IS banner, Nusra chose to pledge allegiance to al-Qaeda. Employing a violent Salafi-jihadi interpretation of Islam, its prime ambition is to oust Syrian President Bashar al-Assad, and to this end they target regime and military centres as well as civilians. However, Jabhat al-Nusra is also aiming to expand its territory. A US official recently described Nusra as having been, before breaking away and renaming itself Jabhat Fateh al-Sham, al-Qaeda’s largest formal affiliate in history.

Jabhat al-Nusra have purposely employed a tactic of organically embedding themselves within the revolutionary dynamics of the Syrian conflict, and have managed to establish a presence among opposition elements. This has meant that they have been able to appear ‘moderate’ whilst entrenching their organisation among certain communities, allowing them to expand and implement their radical ideology. In this way they have been able to build local zones of influence, eventually leading to control of territory from which they can launch attacks.

Jabhat al-Nusra is led by Abu Muhammad al-Jolani and his deputy Sami al-Oraydi. The group has a 12-member Shura Council responsible for determining strategy. There are also seven provincial leadership commands for southern Syria, Homs, Damascus, Idlib, Aleppo, Hama and Latakia, each run by a provincial ‘emir’. The group also employs a faction called Jaysh al-Nusra which is employed for Nusra’s most strategically important military operations. Although Nusra has formally broken away from al-Qaeda, many analysts see this merely as a rebranding, and there is reason to believe that al-Qaeda will continue to wield at least some influence over Jabhat al-Nusra/Jabhat Fateh al-Sham. It is also likely that the group will continue its successful cooperation with Ahrar al-Sham. Nusra has throughout its existence received foreign funding from states like Turkey, Kuwait, Saudi Arabia and Qatar. There have also been reports of American arms meant for Free Syrian Army (FSA) factions ending up in Nusra hands.