Yesterday, on 7th August 2017, a truck blast killed one and injured at least 46 others in Lahore, Pakistan.

The bomb blast originated from a fruit truck packed with explosives. The explosion was said to be so strong that it could be heard over four kilometres away. More than 100 vehicles were damaged in the explosion. 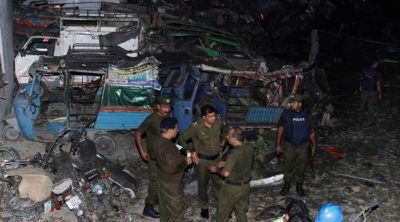 No group has yet claimed responsibility for the attack.

Only two weeks ago, a suicide attack killed at least 26 and injured over 50 more in Lahore. This attack was claimed by the Tehreek-e-Taliban Pakistan.

Last year, Pakistan saw over 2,000 deaths and injuries from explosive violence. 77% of civilian casualties were caused by IEDs.