Update: The death toll a week later stands at 150.

Today, May 31st 2017, a huge blast caused by the detonation of explosives hidden in a water tank tore through Wazir Akbar Khan, Kabul’s diplomatic quarter killing at least 80 and injuring another 350. 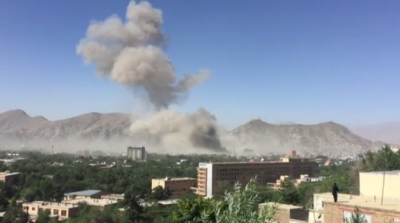 This is the latest in a series of attacks in Afghanistan, with a resurgence of activity by both the Taliban and ISIS.

The Taliban has denied responsibility for this most recent bombing and condemned such untargeted attacks with so many civilian casualties. ISIS have so far made no comment of the attack.

The bomb detonated near the German Embassy and the French and Chinese embassies also sustained damage in the blast. The majority of the casualties are reported to be civilians.

Hours after the blast ambulances were still rushing between the blast site and the crowded nearby hospitals. It is thought that the death toll is still likely to rise.

Wazir Akbar Khan in one of the most guarded enclaves in the city. People were angered that despite this, such attacks still continue to take place.

53% of all civilian deaths and injuries from explosive violence in Afghanistan last year occurred in Kabul.

AOAV strongly condemns all violence against civilians and calls upon all groups to reject the deliberate targeting of civilians. States must urgently address the threat of IED attacks. There is an urgent need for preventative measures to be implemented by States and the international community.