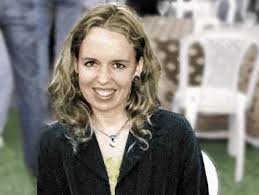 Last week allegations surfaced in the US press that a British aid worker operating in Afghanistan had, in fact, been a spy. In the course of an exposé of a US navy special unit, an investigative website, The Intercept, stated that Linda Norgrove, a 36-year-old Briton employed by global development company DAI, also “secretly worked with Britain’s MI6, according to four US military and intelligence sources”.

Norgrove herself is in no position to deny or admit this allegation; she was, sadly, killed in 2010. In September of that year, Norgrove and three Afghan colleagues had been kidnapped by members of the Taliban. Days later, during a rescue attempt by US special forces SEAL team 6, Norgrove was fatally injured and later died. After initial reports stated that she had died at the hands of her captors, a subsequent international investigation determined that her fatal injuries had been caused by a fragmentation grenade thrown by the US team.

The allegations of spying appeared to be based partly on sources saying the rescue team could only pinpoint Norgrove in the vastness of Afghanistan because she had a tracking device on her, given to her by MI6. If true, MI6 would have crossed an unspoken line between themselves and the US, by recruiting someone from a State-department funded aid organisation.

Norgrove’s parents, however, have vigorously denied the espionage claims. Her father John Norgrove says that following the inquiry after his daughter’s death, he was told a very different version of how the rescue team found her. Someone in Jalalabad had phoned Linda’s company to negotiate a ransom. Intelligence agencies tracked the cellphone and that led them to her.

Those who knew Norgrove also argue that she was the last person who would agree to become an MI6 agent. She was a life-long pacifist and felt strongly that the British military should leave Afghanistan. There was also no evidence of financial gain from spying on her part. In her three bank accounts, her father said, “there was no extra money coming in from anywhere else, it would have stuck out like a sore thumb”. My own (single, uncorroborated) source in the UK intelligence services has said I am “barking up the right tree” in questioning the allegations. But that source also reiterated the line The Intercept stood by: they “can neither confirm nor deny” anything.

Whatever the truth of Norgrove’s case, it shines a light on a problem for aid workers, who are caught up in an atmosphere, globally, of growing accusation and mistrust. To be fair, there is occasional justification for suspicions. In 2012, the CIA’s ploy to use a fake vaccination scheme to track down Osama bin Laden was to massively increase distrust of genuine aid workers administering polio drops in Pakistan. But hard proof of aid organisations spying is rare.

Unfounded accusations are far more common. One human rights researcher I spoke to had their passport seized recently on the suspicion of spying in north Africa, their house broken into, and their external hard drive and memory cards stolen. Another humanitarian worker in Syria told me they had been accused of gun smuggling. Neither would go on the record, though: they feared if their names were linked with such activities, even in denial, people would assume there was no smoke without fire.

Médecins Sans Frontières (MSF) has also been accused, repeatedly, of being a cloak for espionage, from Sudan to Syria to Ukraine. “MSF has, since its inception, been considered by lots of people, a covert arm of the French government,” says Polly Markandya, head of communications for MSF in the UK. But, she asserts, “our relationship with the French government is anything but cosy.”

The accusation of spying is a powerful way to challenge the work that an NGO is doing, especially if it goes against the political will of a government. A growing number of environmental and human rights groups, in this way, have been declared foreign agents in Russia. While in India, Turkey and Egypt – to name a few – NGOs are also increasingly being accused, and shut down, by governments because of the perception that they are working for foreign interests.

This suspicion of aid workers appears to be compounded by the fact that western aid budgets often explicitly support western strategic objectives. Save the Children’s Kevin Watkins has recently written how he sees aid as a suitable vehicle for the exercise of soft power by the British government. However noble such sentiments might be, as Markandya says, “if you take money from the same government that has military or political interests in a region, then it makes stating the case that you are independent from that government much harder.”

If intelligence agencies are, indeed, using aid organisations as a cover for spying, then this is a deliberate poisoning of the well that will have deadly consequences. If Norgrove was, indeed, an agent – which is far from proven – then in future innocent aid workers may well be murdered for MI6’s actions.

But we must also be profoundly careful not to accuse aid workers of spying without absolute certainty. Because to do so adds fuel to the nihilistic fires of trolls, “post-truthers” and propagandists the world over and that will, just as quickly, lead to more bloodshed and suffering.

This article first appeared in the Guardian Newspaper on the 20th January, 2017.