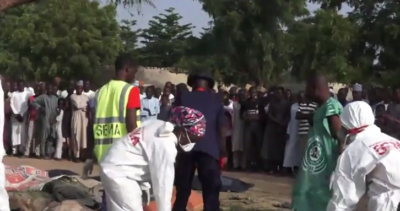 Of those killed 12 are said to be members of the civilian self-defence forces, the target of the attacks.

Since the Boko Haram insurgency, Borno has been the worst impacted area from such attacks.

Up to three female suicide bombers were involved in the attacks. Increasingly females are being used to carry out such bombings.

Whilst the amount of IED attacks perpetrated in Nigeria significantly reduced over last year, alongside national efforts to destroy Boko Haram, the group still maintains a presence and the ability to carry out such attacks.

AOAV calls on all states to urgently address the threat of IED attacks. There is an urgent need for preventative measures to be implemented by States and the international community.