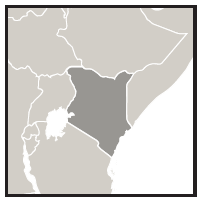 The IED threat in Kenya predominantly stems from al-Shabaab militants. Hence, most IED attacks occur in the east of the country, near Kenya’s border with Somalia, although attacks have also been seen in Nairobi, Kenya’s capital and largest city. 38 IED attacks that caused death or injury were recorded between 2011 and 2015 in English-language media reports. These attacks left 425 dead and injured, of which 79% (336) were civilians. The attacks seen in 2013 and 2014 were particularly lethal, where there were fewer but larger-scale attacks. Between January and September 2016, there have been five attacks recorded so far, causing 20 deaths and injuries, though only 6 of these are civilians, as attacks predominantly target security forces in Kenya.

The Kenyan Police have taken significant steps in countering IEDs and combating terrorism. The police have a specific Bomb Disposal Unit (BDU) that was established in 2002 and which works in coordination with the Anti-Terrorism Police Unit (ATPU). The BDU shares responsibility for handling, detonating and defusing bombs, grenades and IEDs. They are also in charge of conducting post-blast investigations in order to track the materials to the sources and makers. This then aids the ATPU in finding the suspects.

As of April this year 2016 they had 28 officers, including commanders, though more detectives were being dispatched to Nairobi, Mombasa, Kisumu, Eldoret and areas in North Kenya. Other officers are also expected to join the unit soon after they had completed their specialised training, necessary to be part of the BDU and undertake the hazardous work involved.

The BDU does however, face severe shortages such as: protective gear, equipment, funds, (particularly salaries to encourage more officers to join,) staffing, and vehicles – they have to rely on the ATPU’s vehicles. In the past they have been provided with bomb disposal equipment and training from the United States.

The Police has also carried out investigation into the financing of terrorism. In 2015, police investigations led to the freezing the funds of many organisations for their suspected links, and the licenses of three NGOs were cancelled by the NGO Coordination Board. Though with further investigations, many of these actions were reversed.

The Kenya Defence Forces (KDF) also play a vital C-IED role. Much of the KDF’s expertise of clearing operations comes from participating in demining efforts across the region. They have received training in C-IED through from a variety of sources, such as the British Peace Support Team, the US, and from Africa Contingency Operations Training and Assistance.

Three key areas of weakness are said to exist within the KDF’s capabilities. These include the material resources they have available to them, a lack of pre-deployment training for soldiers outside the EOD community, and a lack of validated KDF C-IED instructors. The training given by other states has targeted these issues.

The Kenya National Counterterrorism Center (NCTC) is a policy institution created to serve primarily as the coordinating agency for all counter terrorism efforts for the government of Kenya. NCTC efforts have involved training law enforcement, border control personnel, and those in the prison services.

In response to al-Shabaab’s increasing efforts to recruit members from the local communities, the government has introduced a programme to build capacity for youth and women’s groups to counter the rise of extremist violence in their communities. It is believed this will help strengthen community resilience among the groups susceptible to recruitment.

These initiatives have seen the NCTC partner with Kenya Muslim Women Alliance, Kenya Community Centre and Kenya Muslim Youth Alliance to engage them in their efforts to counter extremist violence. This is particularly important as most the IED attacks in Kenya have been carried out by Kenyan youths.

The US has provided equipment to the BDU, including a digital x-ray scanner, mobile bomb detecting robots, bomb disposal suits, as well as other specialised detection and disposal tools.

In July 2016, new equipment was introduced, including detonation units and robots. A new forensic lab is also in the process of being built.

The US has also provided training to the BDU for many years as part of the Anti-Terror Assistance Program. The BDU was trained on how to use the new equipment for detecting car bombs, explosive packages, suicide vests. They also received training on the methods used by terrorists, such as al-Shabaab, to package, conceal, transplant and plant bombs. 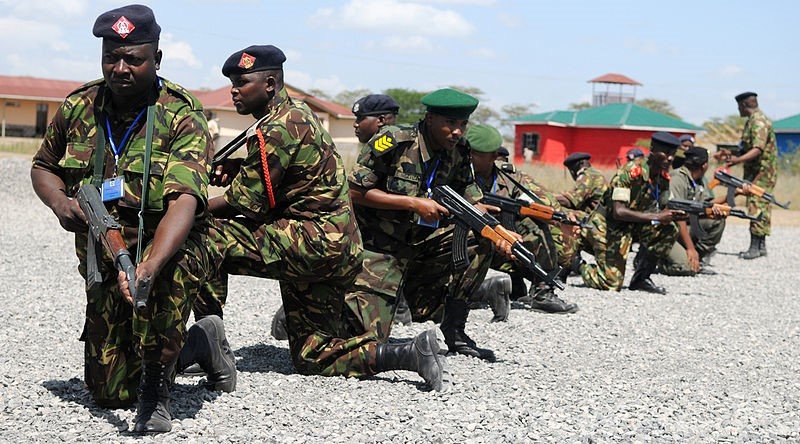 Furthermore, the KDF has received training from the United States, including in bomb detection and disposal. The training was given by trainers from the US Army’s Combined Joint Task Force – Horn of Africa (CJTF-HOA)’s as part of their Train the Trainer programme. Topics covered included operational risk management, first aid, EOD safety precautions and fuse functions.

Expanded courses covered the identification of ordnance such as bombs, bomb fuses, missiles, sub-munitions and dispensers. The KDF units were also trained in protective works, demolition firing systems and demolition materials. The training responded to identified weaknesses in Kenya’s C-IED capabilities. Train the Trainer efforts allowed the C-IED knowledge that had already been accumulated within the KDF could be distributed through a KDF operated training programme.

Kenya also hosted the US’s East Africa Joint Operations Capstone exercise for Kenyan, Ugandan and Tanzanian law enforcement. This saw training given in crisis response, particularly terrorist-related crises, and saw a large-scale simulation of a response to a terrorist incident.

US have engaged in training efforts to the BDU through their Anti-Terror Assistance Programme, and have supplied C-IED equipment to the BDU. They have also provided training to the KDF as part of the CJTF-HOA.

Kenya continues to provide troops to the AMISOM mission despite Kenya’s own difficulties and the dangers posed in Somalia to Kenyan troops. In 2015, Kenyan and Ethiopian forces played a significant role as part of AMISOM in forcing al-Shabaab to retreat from some of their main Somali strongholds.

Kenya is an active partner in PREACT, a programme established in 2009 and funded and implemented by the US. PREACT seeks to establish cooperation between the states law enforcement, military and civilian actors in the partner nations and through this improve their counterterrorism capacity.

The tactics predominantly focus on the networks that employ IEDs, including terrorism financing, border controls and their community influence. Joint training has been provided to Kenyan, Tanzanian and Ugandan for first responders and law enforcement as part of the PREACT efforts.

The Combined Joint Task Force – Horn of Africa (CJTF-HOA) is a US-headed international task force which operates primarily in Sudan, Somalia, Djibouti, Ethiopia, Eritrea, Seychelles and Kenya. It also has operations in Mauritius, Comoros, Liberia, Rwanda, Uganda and Tanzania. The CJTF-HOA falls under AFRICOM, the USA’s Africa regional command. Its role is to counteract extremist organisations in East Africa, to “dissuade conflict” and to “protect US and coalition interests”.

CJTF-HOA currently consists of about 2,000 servicemen and women from the US military and allied countries. As well as military operations, crisis response and personnel recovery, the CJTF-HOA provides training of various kinds to partner countries. This includes C-IED training as these weapons have been a remarkable threat to Somalia and Kenya in recent years. These efforts have focused on detecting and detonating explosives, as well as intelligence exercises.

As part of a training programme in Kenya in 2011, a team of US Army soldiers from CJTF-HOA spent a month teaming up with the Kenyan Army to develop a C-IED training programme from militaries in East Africa. This involved sharing information with classes of service members from countries including Rwanda, Burundi, Sudan and Uganda. Initially, the class was comprised of 20 Kenyan soldiers, with eight remaining at the facility to teach the curriculum to new students, in a ‘train the trainer’ type of programme. US Army Staff Sergeant Joshua Moore said of the training: “when we first started, [the student instructors] didn’t know what IED stood for, but by the time we were finished, they were teaching the class pretty much entirely on their own”. The lessons, which involved both classroom and practical exercises, could potentially save hundreds or thousands of lives.

Kenya is also a member of the Eastern and Southern Africa Anti-Money Laundering Group (ESAAMLG), under which Kenyan authorities further seek to tackle terrorism financing in Kenya, but a lack of financial reporting in the NGO sector hinders some of Kenya’s efforts.

Despite not being a member of the GCTF, Kenya is increasingly participating in the GCTF’s counter-extremism efforts. They have hosted regional events in Kenya and agreed to serve as a pilot-country for the GCTF-endorsed International CT/CVE Clearing House Mechanism, that aims to identify gaps and overlaps in such programmes to better coordinate efforts and respond to needs.

DDG and the DRC

The DDG and DRC both operate in Kenya. The DRC introduced a new programme called Young, Empowered and Safe (YES!) in Kakuma Refugee Camp, between September 2014-2015. The programme is part of a new joint regional approach to addressing youth at risk of marginalisation, criminalisation and radicalisation that is being piloted with activities to promote youth dialogue and engagement.

DDG has 19 local staff and one expatriate staff operating from five offices across the country – in Nairobi, Lamu, Mandera, West Pokot, and Ludwar (Turkana).