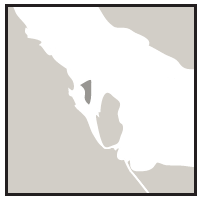 In the last 5 years, Bahrain has seen a total of 29 IED incidents that have caused death or injury as reported in English-language media. Though Bahrain is not as impacted as many of its neighbours in the region, it has faced attacks consistently since 2012. Security personnel have faced the brunt of these attacks, with 69 deaths and injuries in this period – compared to 12 civilians. In the first half of 2016, Bahrain saw one IED incident in Eker, where a roadside bomb killed one woman and injured her three children.

News reports on IED incidents rarely identified a perpetrator, but most are thought to be perpetrated by Shia militant groups or IS sympathisers. Many of the intercepted terrorist cells are believed by the Bahraini government to have links to other terrorist organisations in Lebanon and Iran.

Fortunately, most of the IEDs in the incidents seen to date have had relatively little sophistication and impact compared to the lethality of those seen elsewhere. However, security forces have found evidence of military-grade explosives such as C-4 and RDX in recent devices and seizures.

More could be done to improve security in regard to IEDs, precursor materials and terrorism itself, such as border security or checkpoints, particularly along the King Fahad Causeway. Nevertheless, there have been interceptions of bomb-making materials and explosives. For example, the Bahrain Public Security Forces counter-terrorism units have been known to intercept potential perpetrators before they carry out attacks and have confiscated many explosive materials.

The Coast Guard in Bahrain has also proved to be very useful in C-IED efforts. The Coast Guard is responsible for monitoring shipments into and out of Bahrain by sea. Part of this involves observing terrorist activity, such as the shipment of explosives, weapons, and terrorists themselves. The Bahraini Coast Guard has been successful in monitoring terrorist movements and in terrorist related seizures and arrests. In June of this year, it was reported that a boat heading to Iran, on which eight terrorists were hiding, was intercepted.

The Coast Guard often work in cooperation with other Bahraini security authorities. For example, in July 2015 the Coast Guard, alongside the Police Aviation Unit and Bahrain Royal Naval Force, intercepted a ship heading for Bahrain. On board were terrorists, some trained in explosives, explosive materials (including detonators), and other weaponry. The shipment was said to come from Iran.

The Bahrain counter-terrorism officials often cooperate with those of other states, such as the UK, in order to share information and expertise that can contribute to the wider fight against terrorism. Bahrain particularly appreciates engaging with those of developed countries to improve their counter-terrorism operations and performance. However, it is believed that the police and customs lack the intelligence and information-sharing skills and utensils. This is still the case despite efforts by some agencies to improve these capabilities in Bahrain, such as the ATA’s Combatting Domestic and Transnational Terrorism course.

The Bahrain counter-terrorism units have dogs trained in bomb detection. The UK has also exported over £1.5 million worth of C-IED equipment to Bahrain, predominantly detection and disposal equipment. Over £1.1 million of this was bought in 2010 in a sale of equipment and “components for launching/handing/control of munitions”.

Pro-democracy movement Al-Wefaq was closed by the Bahrain government in June 2016 on the charges of supporting sectarianism and terrorism. Al-Wefaq has, according to their website, condemned terrorist attacks. Given that they provided a voice to the disenfranchised within Bahrain alongside their encouragement of peaceful dissent,[i] it is likely that Al-Wefaq could have proved useful in curbing radicalisation and the use of terror tactics.

Bahrain’s regional efforts have focused on terrorist financing due to their position as a financial transit point in the Gulf and into Southwest Asia. Bahrain is part of the Middle East and North Africa Financial Action Task Force (MENAFATF), a regional effort to counter the financing of terrorism allowing militant groups to buy and transport materials used in the making of IEDs. The headquarters of MENAFATF are located in Manama, Bahrain.

Bahrain is also part of the Gulf Cooperation Council (GCC), who recently committed to urgently undertake additional steps to help defeat IS. The EU-GCC Workshop on Combating Terrorist Financing and Violent Extremism, held in 2015, was organised by Bahrain in cooperation with the GCC General-Secretariat and the US. The conference focused on national risk assessment, exploitation of charities – in which Bahrain brought their own experiences to the table – as well as information sharing and technical assistance.

Bahrain is part of the Arab League, through which terrorist attacks are consistently condemned and work is done to promote better state cooperation and bridge divides. The Arab League has also supported Bahrain’s counterterrorism efforts and praised Bahrain’s judicial measures in the matter, which have in other forums been criticised as they appear to often conflict human rights.

Bahrain is also part of the Global Coalition to Counter ISIL as well as the Saudi-funded 34-state Muslim nations coalition. Bahrain have committed two F-16 Fighter Falcons to the efforts, which have been engaged in airstrikes in Syria. In June 2015, the US lifted its restrictions on security assistance to the Bahrain Defence Force and National Guard that was implemented due to the government’s suppression of demonstrations in 2011. This meant that Bahrain could receive the equipment and support needed to update the F-16s and other aspects of their counter-terrorism operations.

Similar to their regional efforts, as part of their counter-ISIL endeavours Bahrain has had a particular focus on the financing of the terrorist group. Bahrain has hosted a number of conferences on countering terrorist finance. As part of the Coalition they hosted a conference on terrorist finance in November 2014. They have been considered a strong participator within the Coalition’s Strategic Communications Working Group, which seeks to counteract the threat of IS’s recruitment and other propaganda efforts. As part of this aspect of Bahrain’s assistance, the country hosts the US Naval Forces Central Command too.