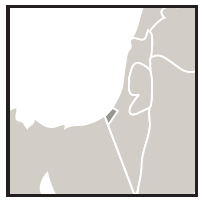 Gaza has faced a persistent threat of low-impact IED us over the last five years. Between 2011 and 2015, Gaza saw nine IED attacks that caused deaths or injuries, recorded from English language media sources. These caused 30 deaths and injuries, of which four were civilian. Most attacks have targeted Israeli security forces, with devices planted in tunnels or roadsides. The biggest perpetrator has been Hamas, though others such as the Popular Resistance Committee and IS are also among the perpetrators. In 2015, the only IED attack was said to be committed by IS and was the first targeting Hamas officials.

Currently, Hamas remains in control of the security forces in Gaza, who have supported attacks on Israel from Gaza. This allows many terror groups to maintain bases in Gaza. Hamas and other armed groups operating in the territory, such as Jaysh al-Islam and Omar Hadid Brigades, continue to build tunnels used for the smuggling of weapons among other things – though they have faced increasing resistance from Egypt who have amplified their work to destroy the tunnels.

On 23 July 2014, in response to the humanitarian crisis unfolding in Gaza and the discovery of weapons and explosives caches on UN premises, the United Nations Secretary-General directed UNMAS to immediately deploy in Gaza. To mitigate the risks posed by ERW, UNMAS has provided training to over 30,000 UN staff, humanitarian workers, IDPs, engineers, construction workers and other at-risk populations to identify and safely respond to ERW contamination. Over 60,000 ERW alert flyers and booklets have been distributed to the civilian population living and working in contaminated areas. UNMAS continues to monitor the ERW demolition processes and has ensured the safe destruction of over 2,953 items of ERWs, including aircraft bombs.

In parallel, UNMAS continues to work closely with UNICEF, UNRWA and other international organisations to ensure the widespread delivery of risk education across the Gaza Strip by training trainers and carrying out quality assurance. Within the Protection Cluster, UNMAS continues to lead the ERW/Mine Action sub-cluster, coordinating all NGOs and UN entities involved with mine action services. UNMAS also provides technical expertise to coordinate all activities across agencies and maximize coverage.

In 2011, MAG teamed up with the UN Mine Action Team in Gaza (UNMAT-GO) to carry out clearance work. They mainly found mortars, rockets, bombs, and M-15 anti-vehicle mines used to demolish buildings, alongside some white phosphorous ordnance. MAG helped identify the areas that needed to be given priority and provided advice to rehabilitation and development stabs, especially regarding contamination and risk. Throughout MAG’s time in Gaza, they maintained a 24/7 Emergency Response capacity.