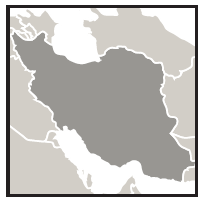 Recently, the threat from IEDs has decreased in Iran. In the last five years, between 2011 and 2015, Iran experienced six IED attacks that caused deaths or injuries, according to English-language news reports. These killed and injured 21, of which 12 were civilians. However, 2010 saw large scale IED attacks. A suicide bombing in December 2010 killed and injured over 100, after a similar attack in July killed 27.

The most hit area tends to be Sistan-Baluchistan, an area known for insurgency and smuggling. The main perpetrator of IED attacks in Pakistan is the Jundullah, or the People’s Resistance Movement of Iran, based in Sistan-Baluchistan.

Iran’s National Police is responsible for a multitude of C-IED and counterterrorism tasks. These include: border control, emergency response, identity checks, preventing and fighting terrorism.

Iranian intelligence officials monitor terrorist activities in the country. They are responsible for carrying out investigations into suspicious activity, conducting interrogations and seizing weapons, ammunition and explosive materials. In May 2016, Mahmoud Alavi, Iran’s Intelligence Minister, announced that 20 terrorist groups had been dismantled. The groups were accused of planning to detonate bombs across the country. In June, Iranian intelligence announced a series of operations that led to the capture of ten “Wahhabi takfiri terrorists”, who they accused of planning IED attacks.

In regards to mines and unexploded ordnances (UXO), which may be used in IEDs, Iran used to be littered with them. In 2013, Iran was said to be the second-most contaminated country in the world. It appears that demining across the country was successful, as in 2014 the Iran Mine Action Center (IRMAC) released a statement claiming that 99% of contaminated land had been cleared. However, there remain mixed figures on the scale of the contamination.

The IRMAC, established in in 2005, was responsible for coordinating demining and other mine-related activities across the country. Over the course of demining there have been many accidents in Iran – with over 100 deaths and injuries to deminers between 2012 and 2014. There have also been many civilian accidents, although there are no clear figures. Civilians also stress that they have received no education on the dangers of explosive remnants of war (ERW) and mines. A lack of medical assistance and rehabilitation also hinders the victims of landmines, just as it would IED victims. Due to sanctions, Iran has also not been able to purchase some of the demining equipment it is said to require.

Iran is better known as a funder and supporter of terrorism. Many Iran-backed groups abroad have carried-out and attempted to carry-out terrorist attacks including those with IEDs. Iran has even stated publicly that it has armed Hezbollah with advanced long-range Iranian-manufactured missiles, which would violate the UN Security Council Resolutions (UNSCRs) 1701 and 1747. The Quds Force, a special unit within Iran’s Islamic Revolutionary Guards, is the mechanism by which many terror groups receive Iranian backing.

In Syria, Iran has provided arms, funds, training and fighters to support President Bashar al-Assad. Though Iran explained the Iranian forces provided an advisory role, Iranian armed forces (such as the Quds Force) and Iranian-funded militias are known to be on the ground in Syria. Funding, weapons and training has also been provided to groups from Bahrain, Gaza, Yemen and Iraq, amongst others.

Iran has also engaged bilaterally with Indonesia to discuss counterterrorism efforts in an effort to increase cooperation in the fight against terrorism. Russia and Azerbaijan have also come to an agreement with Iran on cooperative efforts to counter terrorism. This has included information sharing on terrorism and committing to efforts to work out joint counterterrorism measures.

Iran drafted a resolution on counterterrorism that was adopted by the UN Security Council (UNSC) and the UN General Assembly (UNGA). The resolution was titled “A World against Violence and Violent Extremism”.

Iran has complained that international organisations have failed to provide the required assistance with Iran’s demining efforts. On the other hand, UNMAS did not receive a request for assistance in Iran, and Iran did not attend the international Meeting of Mine Action National Programme Directors and UN Advisors in 2015. Iran has also received assistance from the Red Cross, whose work has predominantly focused on missing persons, and the Geneva International Centre for Humanitarian Demining (GICHD).

In January 2005, the GICHD signed a Memorandum of Cooperation with the IRMAC. Though very little came of this initially, in 2012 Iran attended a study visit. In 2013, Iran participated in the first workshop of the Persian-language Outreach Programme, in Tajikistan. GICHD’s risk management activities saw a training course in insurance and liability in mine action and the legal aspects of mine action.