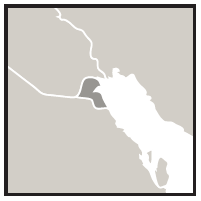 Kuwait has not faced many IED attacks. Despite its proximity to Iraq, Kuwait faced its first and only suicide bombing in June 2015, when an IS-affiliated suicide bomber attacked a Shia mosque in Kuwait City during Friday prayers. The attack killed and injured over 200 civilians. Other terrorist attacks are said to have been foiled in Kuwait, which means that though the country has only seen one successful attack, more may be likely. IS sympathisers are not the only threat, with many Shia arrested for supporting terrorism. Groups that seem to attract sympathisers in Kuwait are Jabhat Fateh al-Sham and Hezbollah.

The Kuwaiti Police has been involved in investigations and tracking networks, particularly after it became evident that IS was operating in the country. There have been arrests of IS supporters and terrorist attacks have been foiled. Kuwaiti police will also respond to any reports of suspicious packages or people – they are often called out to investigate abandoned bags and cases.

Following reports and investigations, the police will often carry out raids to find explosives and other indications of terrorist activity. These are particularly targeted at those suspected of having links to IS. In July 2016 the police foiled three planned IS attacks, including a plot targeting a Shia mosque. At least six people were arrested.

The arrests in July 2016 were not the first IS related arrests the Kuwait have made – in fact, Kuwait have been quite diligent in their investigations into terrorist activity. In November 2015, local security agencies arrested individuals from an IS terror cell in Kuwait. The group of six had promoted IS online, developed recruitment materials, bought weapons and planned attacks.

They are said to have taken several measures to improve the oversight and regulation of charitable fundraising, such as monitoring transfers to international beneficiaries and regulating online donations to such organisations. In December 2015, two citizens were convicted of joining and financially supporting IS. Though these actions have enabled Kuwait to capture more terrorists and prevent further IED attacks, it remains the case that there are terrorism financers still at large within Kuwait – in 2015, 80 cases of illegal fundraising were detected.

There have been allegations of Kuwait being involved in the financing of terrorism – allegations that has been strongly refuted by the state – as well as allowing some terrorist financers to go unpunished. In 2014, Kuwait was singled out as a country not doing enough to target terrorist financers, when it was found that Kuwait and Qatar had both been major sources of funding for Sunni extremist groups in Syria. Improvements to counter terrorism financing efforts have been attempts to negate this image as a harbourer of terrorism financiers.

Border security has undergone significant changes in Kuwait. Biometric systems have been employed, alongside aerial reconnaissance and border sensors. However, the border security particularly at entry points such as airports do not meet international standards and more could be done to prevent terrorists and IEDs passing between borders. Both the bomber from Kuwait’s only suicide bombing and his explosive device passed through airport security. The cache of weapons and explosives found in a raid of a farmhouse in June 2016 are testament to not only thorough police investigations but also poor border security that allowed so much weaponry and explosives to be smuggled into the country.

Kuwait has purchased approximately £4million worth of C-IED and EOD equipment from the UK between 2008 and 2016. The equipment has included jamming and disposal equipment, CBRNE detection equipment, and training devices.

The US is said to maintain around 2,200 Mine Resistant Ambush Protected (MRAP) vehicles in Kuwait. Most of these vehicles are prepositioned for the use of the US military in their operations and the remainder are contracted for distribution to partners throughout the Middle East.

Training efforts have seen the US partner with Kuwait in order to facilitate coordinated training efforts through the Joint and Combined Exchange Training Program. The programme develops the capabilities of local counterterrorism units through training and bilateral exercises. This also contributes to Kuwait’s counterterrorism capacity as a whole.

Kuwait is a member of MENAFATF. Having addressed many of MENAFATF’s concerns, Kuwait was removed from the International Cooperation Review Group process, in February 2015. This was recognition of the improvements made by Kuwait. It is hoped that Kuwait’s improvements and diligent efforts to counter terrorism financing will be sustained.

As part of the GCC, Kuwait participated in the US-GCC Counter-terrorism and Border Security Working Group meeting in Riyadh in August 2015. Though Kuwait participates in many of the counterterrorism efforts of the GCC, they are the only member that has not ratified the Gulf Security Pact. The Gulf Security Pact aims to enhance regional cooperation in regard to counterterrorism.

Kuwait is part of the 34-nation alliance led by Saudi Arabia to combat IS, as well as part of the Small Group of the Global Coalition to Counter ISIL, the Arab League and the GCTF. Kuwait participates within all these organisations to facilitate global counterterrorism responses.

Kuwait has been a member of the Organisation of Islamic Cooperation (OIC) since 1969. They hold a key role and within the OIC have been vocal about countering terrorism.

There are very little NGOs engaged in Kuwait in C-IED exercises. Most UXOs and mines have been removed from previous wars. Still, many were engaged in the early 2000s, such as GICHD. Recently, there are often only private companies, such as those listed below, engaged in such work in Kuwait. This work mostly sees them reassure businesses in Kuwait such as oil companies that the land they are operating on is safe.

PAE has been contracted to supply C-IED support to OIR, who are working in Iraq in assistance to the ISF. They are based in Camp Arifjan in Kuwait, so that PAE personnel may provide training on C-IED tactics from search and destroy to defeat the networks to the OIR and ISF. The efforts have included building a curriculum tailored to the IED threat faced and mission requirements. Moreover, PAE are enabling OIR and ISF to better respond to IEDs and other explosive hazards throughout their operations. They are providing operational support alongside developing National C-IED Strategy. Through based in Kuwait, the majority of this effort is focused in Iraq.

Dynasafe has been operating in Kuwait for 16 years, working mostly for other private companies such as oil businesses. They have significant local knowledge and contacts in the region. The work Dynasafe has carried out in Kuwait has included searching, surveying and land clearance for UXO.

TDI has been working in Kuwait since 2006. Recently they have been providing UXO and mine field verification support to several commercial organisations. A lot of this work has seen the removal and destruction of explosives to allow land to be used and developed for commercial agencies. Not only does this allow regeneration within the area but it also prevents terrorists reconstituting the ERW into an IED.