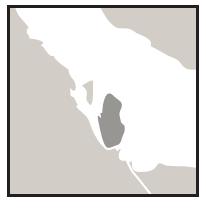 In recent years, Qatar has faced very little threat from IEDs. However, Qatar is located in a region that has grown prone to such attacks and borders Saudi Arabia, where bombings have become more frequent.

Though the state security forces may lack resources and training to improve effectiveness, they do have state of the art surveillance allowing the state to easily detect and monitor terrorist suspects.

Similarly, border security at the main points of entry employs biometric screening and monitoring for those coming in and out of the country.

Qatar are involved in information sharing initiatives with the US to aid counterterrorism efforts in the region, and in 201, Qatar began participating in the US’s Antiterrorism Assistance program.

Qatar is a member of MENAFATF. The financial intelligence unit is also a member of the Egmont Group. The country has increasingly been looking to improve its compliance with international laws and standards to combat terrorism financing. This has seen greater efforts to investigate and prosecute those suspected of financing terrorism. However, this may be in response to allegations that Qatar has been involved in funding terrorist groups such as al-Nusra Front – even those associated with Qatari royalty and those in the financial sector have been accused of financing terror groups.

As a member of the Global Coalition to Counter ISIL, Qatar has aided the coalition’s military operations. Qatar hosts two US military installations, and have been involved training efforts, operational and logistical support.

Qatar is also part of the 34-state Islamic Counterterrorism Coalition/Military Alliance and the GCTF.

During the13th United Nations Crime Congress, the “Doha Declaration” was adopted. Qatar announced a new educational initiative to counter violent extremism, targeting displaced youth. This saw the US agree to $49million funding alongside the UNODC for programs such as prisoner rehabilitation and youth education.

Alongside Switzerland, Qatar co-hosted an event to highlight the role of the Global Community Engagement and Resilience Fund (GCERF) in preventing violent extremism. Qatar and Switzerland are also the fund’s largest donors.

Airbus Defence and Space was contracted to provide the national Security Shield to Qatar, to cover Qatar’s 600km of borders. The technology addresses the threat of smuggling and terrorist crossing. The system is now operational in Qatar and the security forces have received the appropriate training.