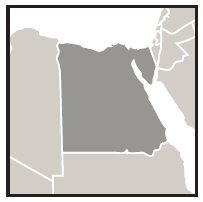 Egypt has suffered increasingly from the threat of IEDs. There had been a consistent threat from groups such as Ajnad Misr and Ansar Bayt al-Maqdis (ABM). However, when ABM pledged allegiance to IS the threat significantly increased, with ABM carrying out attacks under the name IS Sinai Province. They had received training and funds to assist with their terrorist activities. Both civilians and security forces became regular targets. So far in 2016, most attacks have targeted police and armed personnel.

Death and injuries from IED attacks have risen in the last three years, with 2015 recording 755 deaths and injuries from 79 IED incidents. In the first half of 2016 there appears to be a drop in the recorded incidents and resulting casualties from IEDs. It remains the case however, that IS Sinai Province pose the greatest IED threat, with most incidents occurring in Sinai. Most their IED attacks are roadside bombs, likely targeting military or police convoys – 33% of their IEDs are laid on or near roads.

The Egyptian EOD/C-IED teams of the Armed Forces as well as the Security Forces face the threat of IEDs every day. Units across Egypt are thought to receive approximately 10 calls a day to which they must respond. Though it has been said that many reports turn out to be false, EOD teams successfully diffuse a great number of these IEDs. In the past the techniques of the Egyptian Armed Forces have been critiqued due to EOD personnel deaths that made headlines. The critiques centred on their training and equipment, such as the suits worn.

The military found and killed 24 IS militants hiding in the Sinai and captured eight in November 2015. In September, they claimed to have killed almost 300 IS members in the Sinai.

In regard to border security, Egypt has improved security along its borders with Libya and Gaza. Specifically, in 2015 Egypt installed x-ray scanning devices at the Libyan border crossing, inspecting traffic in and out of Egypt. The amount of checkpoints in highly-impacted areas has also been increased and security vehicles have been reinforced in an attempt to implement measures to combat IED use.

Egypt also has what a ministry of religious endowments, or Awqaf. The Awqaf has been involved with religious scholars and preachers in order to tackle the threat of terrorism and radicalisation. This has seen the Awqaf provide imams with topics for their sermons as part of their efforts to tackle extremism. A recent decision to make every preacher read the same sermon at Friday prayer caused some controversy, as some were critical that this would not allow those in different areas to respond to the specific needs of their community and also stifles their natural flow and expression. In 2013, the Awqaf also fired 55,000 preachers that were accused of promoting extremism.

The Dar Al-Iftaa, which drafts religious edicts in Egypt, has also played a role in trying to counter religious extremism. This has seen them send scholars to vulnerable areas where radicalisation might spread and counter this type of extremism through a moderate reading of Islam. They also provide outreach services and speaking tours as well as publish religious materials to undermine religious foundations for violent extremism. Rehabilitation provided to former extremists and countering online radicalisation have also been priorities of the Dar Al-Iftaa.

Egypt has been increased its activity addressing Israel’s terrorism concerns, particularly about the smuggling tunnels between Sinai and Gaza. The tunnels allow explosives and other such materials to enter Gaza and to be used by Hamas. Egypt has in the last year initiated coordinated efforts to locate and destroy these tunnels. This is a distinct change from the pattern of behaviour seem under ex-President Morsi who was affiliated to the Muslim Brotherhood.

In September 2016, Egypt agreed with India to develop their counter terrorism cooperation. This will see the two states engage more frequently in intelligence sharing, operational exchanges and the prevention of radicalisation of youth. The improved cooperation stems from the increased threat posed by IS. Youths in India had been motivated to join the group, whose main operations operate in states neighbouring Egypt. The Memorandum of Understanding between the two countries was signed in December 2015 and their joint working group on counter terrorism met in early 2016.

Japan too, has provided support through the provision of dual-use equipment for counter-terrorism as well as general commitment to consolidating cooperation between the two states. Through the United Nations Office on Drugs and Crime, Japan has also contributed $1,540,000 for strengthening the legal system to counter terrorism in Egypt, alongside growing the capability of criminal justice in the MENA region.

Many areas of the armed and security forces have received training from the US, such as the Navy, who have been involved with EOD units using C-IED robots and diving training. Many from the Egyptian Armed Forces have received training from the British Armed Forces on C-IED measures and tactics, such a C-IED Search training package in the United Kingdom run by the UK’s EOD experts 33 Engineer Regiment. In September 2016, the UK committed troops to train the Egyptian military in counterterrorism tactics, with a focus on IEDs. The UK’s previous efforts had focused on train-the-trainer programs.

Egypt is a membert of the Arab League. In response to the terrorism challenges faced by many members, President Abdel Fattah el-Sisi proposed the creation of a unified Arab military force to counter regional security threats. Such cooperation is not unprecedented and is to some extent already occurring.

Egypt is a founding member of MENAFATF. Terrorist financing has been important to monitor, especially when it became clear that IS Sinai Province was trying a variety of ways solicit funds, including one scheme using Twitter to solicit payments through anonymous pre-paid value cards. Egypt has recently improved its compliance to MENAFATF recommendations for terrorism financing. It has criminalised the deliberate collection and provision of funds with the unlawful intention that they be used by a terrorist group, individual or act, and has recently convicted someone of terrorist financing.

To counter terrorism financing, Egypt is also a member of the Egmont Group – an informal international network of financial intelligence units (FIUs). Membership to the Egmont Group signifies Egypt’s ambition to improve cooperation in the fight against money laundering and the financing of terrorism.

Egypt is a member of the Global Coalition to Counter ISIL and is considered a key strategic partner within the coalition, without contributing forces as part of the response in Syria and Iraq. However, as a type of regional leader, there backing lends weight to coalition efforts with Arabic countries. Egypt have also conducted airstrikes on IS targets in Libya in 2015. The airstrikes occurred after IS released a video of the beheadings of 21 Egyptian Christians. At least 64 militants were killed in the strikes and significant damage was done to camps, training sites and weapon-storage areas.